Home » News » Centers step up to help seniors in the county 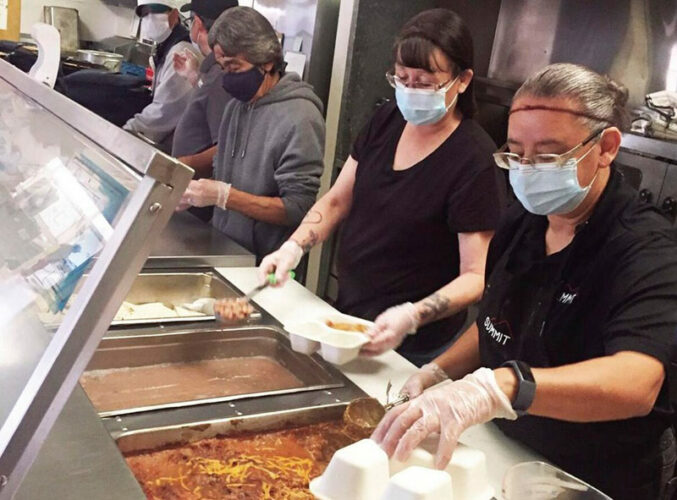 About a quarter of Socorro County residents are classified poor, according to U.S. Census Bureau statistics. One-fifth of the population is elderly.

Many of the seniors have limited ways of transportation as well as limited financial resources. Those seniors rely on the Meals on Wheels program run by the Socorro County Senior Citizen Center to provide them with a nutritious meal daily.

“It’s been scary,” said Linda Murillo, Aging Services Director for the county. “There is no Plan B. We have to keep these doors open… The pandemic has been completely out of my realm. By the grace of God, dumb luck and a lot of community support, we have kept the doors open.”

Murillo saw the average number of meals jump from between 130 and 145 to 350 a day. Even before New Mexico had recorded its first case, Murillo started making phone calls, networking with other centers and finding resources.

Funding through the CARES Act helped. The Socorro Senior Center had been holding weekly bingo nights for about a year.

“So, we had a slush fund,” Murillo said, “and were able to tap into that.”

Rather than facility improvements, the bingo fund went to providing care packages to every senior. The packages included personal hygiene products such as soap and disinfectant wipes, bottled water and two weeks supply of shelfstable food items. “Every time a new person came, we were able to get them a care package,” she said.

“Linda Rosales of Rosales Farms really, really came through for us,” Murillo said. “And Lillian Armijo volunteered and went around and collected tooth brushes and tooth paste from the dentists, a nice touch to add to the packages.”

Those care packages undoubtedly came in handy because the senior center did recently have to shut down for a thorough cleaning and disinfecting. Fortunately, it was only a brief interruption.

The county-wide program has three centers: The Magdalena and Socorro centers prepare food on site. The Veguita Center is catered by Socorro.

Under normal circumstances the centers are alive with daily activities and many seniors are bused in to enjoy social events as well as food. Since March, however, while some people still go to pick up their food, most meals are delivered.

“Everyone is driving. It’s hard to cover the route. There’s only nine staff members. It’s been an incredibly hard challenge,” Murillo said. “And then when the schools had their spring break, we did the schools’ ‘grab ‘n go’ lunches for the kids.

“We are also now the hub site for Roadrunner. We’re on every pilot program we can get. It’s a chance to get more training and more resources,” the director said. “We had to do what we can to keep the doors open. If we have to jump through extra hoops, we will.”

Murillo is proud of and happy she has such a loyal and hardworking staff. In Socorro, Linda Mares is site manager; Donny Woodard does maintenance and drives delivering meals and as transportation driver for doctors’ appointments and shopping. Danny Hill and Art Jojola deliver meals and Helen Griego as services tech, heads the grab and go meals.

In Veguita, Rachel Morales, site manager, is a jill of all trades, so to speak, handling meals and driving.

In Magdalena, Rose Wilborn and Mary Padilla share all the responsibilities (and decorate for Christmas, too.)

“There are so many things to do and only nine of us,” Murillo said.

Sometimes she has felt overwhelmed.

“Sometimes I have to step back, have a good cry, breathe and then hit it again,” she said. “Someone has been leaving painted rocks.” The one which came to her says, ‘Inhale courage, exhale fear.’

Murillo said she takes note. In previous years, “I’d say, oh this was hard, I don’t know if I can go through this again.

“If I can survive COVID-19, I definitely know I can get through anything,” Murillo said. “I will not complain. I will just be grateful.”

Like other government agencies in New Mexico, the Senior Center program runs on a fiscal year of July to June.

“People don’t realize we are a state-mandated program,” Murillo said.

Programs are run through the state’s Area Agency on Aging (AAA). However, the state doesn’t fully pay for the programs and directors are reliant on city and county governments and grants to cover costs. Since taking over as director, Murillo has worked to improve the budget and relationship with AAA and the county. “It’s a scary process.”

Still, she’s happy the program has managed to survive this crises. The Foster Grandparent and Senior Companion programs also are managed through the Socorro County Senior program.

“In these difficult times. we need to dedicate funds and fight for our seniors. In other countries, people value and treasure their seniors,” she said.

Murillo said it touches her heart to see county seniors pick up their food distributions and know the food is going to their grandchildren.

Many seniors in the U.S. are having to raise their grandchildren, she noted. “We need to support these families.”
estigation this case will be forwarded to an assigned district attorney’s office for review. 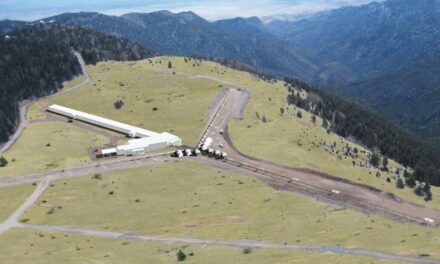 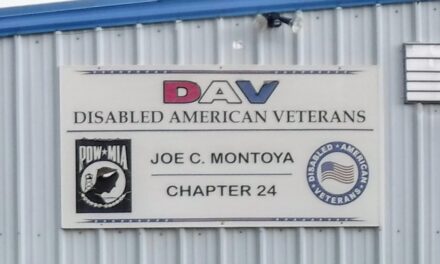