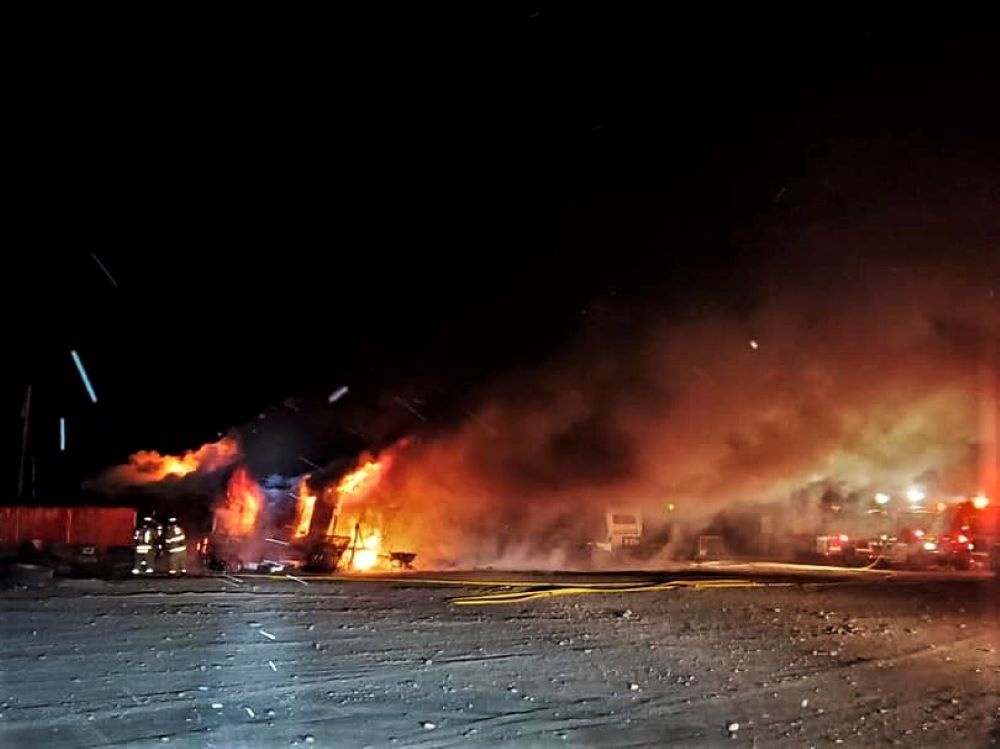 Despite freezing temperatures, firefighters from three districts were able to contain the blaze that consumed a residence on County Road 91.
Photo courtesy of Marc Wheeler

Marc Wheeler, Fire Chief of the Midway Fire Department, was just sitting down to a Valentine’s Day dinner with his wife when he got the call. It was 7:30 p.m. and he was out the door.

“The call was for a house on fire off of County Road 91,” Wheeler said.

Upon arrival, he and other Midway volunteer firefighters found the structure fully involved.

“It looked like an old barn structure that was turned into a house. They initially called it out as a barn on fire, but it was a residence,” he said. “We immediately began a defensive attack, protecting exposures nearby, including a propane tank.”

Pretty soon firefighters from the City of Socorro and San Antonio Fire Departments came out to assist, “as well as Socorro County Sheriff’s deputies and New Mexico State Police. Thankfully, no one was injured.”

According to Wheeler, the home was a rental and the tenant had left for the day to go out of town. “They told me they had left electric space heaters on. That’s what caused it. We never did see the tenant that night. My understanding is that he did reach out to the Red Cross and Red Cross was helping him out.”

He said weather conditions were unusually harsh that night.

“It took us a little while to get it under control mainly because of conditions and the unusual construction of the residence,” Wheeler said. “We finally got it under control, but the conditions were horrible. It was snowing on us. It was freezing. The firefighters had their face shields completely froze in.

“Every time the water hit our equipment it would freeze up,” he said. “I think it was the lowest I’ve seen. It was something like 11 degrees. It was miserable.”

But the pumpers worked fine.

“We take pride in taking care of the equipment to make sure that it works when we need it,” he said. “Every month we do regular maintenance on them. Run tests and everything.”

He also gave credit to San Antonio and Socorro’s municipal fire department for their assistance with trucks and personnel.

“We’re anxious to have this COVID-19 thing done so we can get back to regular training with the city,” he said. “When you train together with other districts and end up working together, things start coming together. People know what you’re capable of and the work you can do.”

In addition to Socorro and San Antonio, no less than 11 Midway firefighters showed up to answer the call the evening of February 14.

“We average anywhere from eight to 12 people per call. We’re actually doing pretty well,” Wheeler said. “We have a lot of dedicated firefighters in this part of the county. A lot of our calls are overnight and so to have that many firefighters respond to those calls is a blessing for this community.”

Although they are not paid, per se, there is a modest retirement system for Socorro County volunteers.

The Midway Fire District recently acquired a second fire station; Midway Polvadera Station #2, which has improved the ISO for the district.

“This means is that residents get a better insurance rating on their house and end up paying cheaper insurance because our fire protection class is extended,” he said. “The Insurance Services Office, or ISO, creates ratings for fire departments and their surrounding communities. In the ISO rating scale, a lower number is better. Our ISO for the district is now 5.”

Wheeler said if someone is interested in a career in the fire service volunteering is a good way to get started.

“Because we do offer training and it provides that little bit more experience to decide if they really want to do that job,” he said. “And we’re all trained in First Aid CPR, so if there’s a case like a cardiac arrest, our fire department is contacted as well, and our guys are usually the first on the scene.

“It takes a lot of dedication to be a volunteer. Especially on a night like that, Valentine’s night,” Wheeler said. “Me, I was sitting down at the table with my wife that night when the pager goes off. So you just drop everything and go.”

That’s because lives and property are at stake, he said. “There’s a sense of fulfillment when you do something like this.” 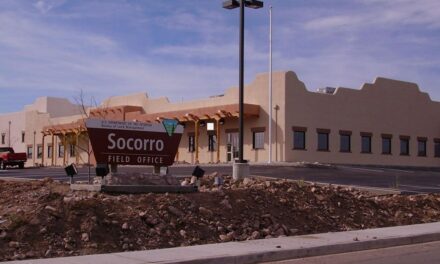 Fire Weather
April 13, 2021, 6:43 am
Come as close as possible to the heart of your community.
Subscribe Today!