Home » Opinion » Columns » Getting away from it all? Maybe not.

Getting away from it all? Maybe not.

A man my age should not be spending so much time on the internet. It is at once distracting and infuriating. And at the same time seductive, much like the siren song of the mermaid which leads a hapless sailor to his watery grave. Once you log on, time and space vanish and by the time you shut ‘er down you’ve lost an hour of the short time you have on this earth. Tempus fugit out the window if I may.

Back in the sixties, FCC commissioner Newton Minnow under President Kennedy called television a “vast wasteland.” At that time there were just three channels to choose from, plus maybe a budding educational station, and programming rife with westerns, detective shows and sitcoms like My Mother the Car.

It was the boob tube. The idiot box. The opiate for the masses.

Things haven’t changed that much except for the dearth of westerns. And, well, a couple hundred more channels. But, as much as I try to profess disdain for all that, I readily admit the internet and television are the two proverbial monkeys on my back.

When the previous 32-incher I bought two years ago went on the blink, I found I couldn’t go more than three days before I succumbed and had to have a new one, not unlike the guy in Breaking Bad who had to get high just one last time before he quit. Thus it is with addiction.

Oh, the anguish! Nay, the turpitude! Or, as Dr. Smith would say on Lost in Space, “oh the pain, the pain!”

So, the fancy flat-screen TV that I bragged about getting two years ago suffered a breakdown, and I am at a loss. Is it fixable? Are TV repairmen and fix-it shops a thing of the past?

Back in the days of cathode ray tubes, there was an entire industry made up of TV repairmen. Big clunky televisions were thought of – like your washer and dryer or refrigerator – as an appliance, and the repairman would come to your house with their bag of wires and tools and parts and open up the back to wield their magic. Inside that appliance were tubes that plugged into plugs, and it was easy to tell if one was bad because it didn’t give off a glow.

This is where a Millennial might ask, “what do you mean ‘tube?'”

It is hard to imagine now but growing up there was only one household on our block with a TV, and on Saturday mornings all the kids in the neighborhood would be invited to congregate semicircle-style in front of it to watch a peculiar kid’s show called Howdy Doody. I say peculiar because it featured not only a host named Buffalo Bob who wore a fringed cowboy outfit, but marionettes, a live studio audience called the Peanut Gallery and a clown named Clarabell. I could never figure out if Clarabell was a boy or a girl, I mean, he seemed to act like a man but had a girl’s name. I wonder which restroom he or she or they would use?

Anyway, back to the internet.

The last time I was scrolling through Facebook, peeking into the lives of my friends as usual, I ran across another list. The internet loves lists, and this one was titled “Move to These Nine Towns In New Mexico If You Wanna’ Get Away from It All.”

They list some pretty cool places, like Glenwood, Cloudcroft, Pecos and Cuba, even Radium Springs (but the connotation of the name sounds a little unnerving).

Along with those places is, you guessed it, Magdalena, coming in at number five. Once a booming mining and cowboy town with bustling streets and daily train schedules, Magdalena is a lot quieter these days. A lot.

I could spend all day bragging on Magdalena and the people who live there. It’s kind of like a miniature version of Socorro in a certain way, minus traffic lights.

It still is the kind of community kids can ride bicycles anywhere in town and play outside right through the gloaming. On top of that, you might spot a basketball hoop facing the street or see kids play on a do-it-yourself baseball diamond with scrap paper, piles of rocks or old insulators serving as bases.

I feel good about knowing that kids today still like to play baseball in the middle of the street on summer days, and Magdalena is that kind of place where it’s safe to do that.

So yeah, I suppose Magdalena deserves to be on that list.

In the meantime, I’m gonna’ get away from it all and go back on the computer to see what I’m missing out on, out there in the new “vast wasteland.”

Think Howdy Doody without the Howdy.

Layin’ it on the Line: 5 key risks to your retirement and how to avoid them 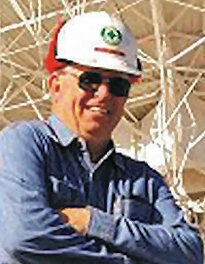