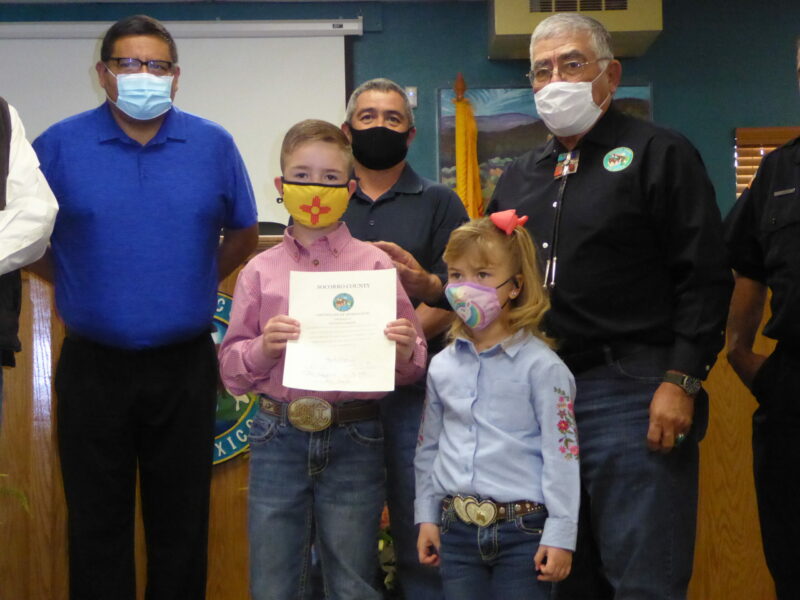 In a step toward more efficient handling of the loose dogs’ issue throughout the county, the county commission has redefined the position of Animal Control Officer.

The first reading of a proposed ordinance redefining who can serve as the county’s Animal Control Officer was approved by the Socorro County Commission at its meeting on Mar. 23. According to state law, each municipality and each county is authorized for the seizure and disposition of dogs and cats running at large and not kept or claimed by any person on the person’s premises.

Rather than rewriting the current ordinance which has been in place since 1998, the commission wants to throw that out and go with a newly drafted one that does not require a specific officer for animal control.

“The Animal Control Officer in the new ordinance means the Sheriff or a Deputy Sheriff of Socorro County; any county employee designated by the County Manager, on behalf of the Board of County Commissioners, to enforce the Socorro County Animal Control Ordinance and other applicable County Ordinances; or any person designated as such under a duly adopted Joint Powers Agreement Establishing such right of appointment,” the ordinance says.

The ordinance provides that prosecutions for county ordinance violations “may be commenced by the issuance of a citation charging the violation. Citations may be issued by the code enforcement officer of the county.”

The commissioners have “determined that it is in the best interest of the health, safety and welfare of the county’s inhabitants to authorize an animal control officer to enforce the Animal Control Ordinance pursuant to the authority described (in the ordinance).”

At the same meeting, the county commission also recognized nine-year-old Trevor Saulsberry with  a Certificate Of Appreciation, “for the invaluable contribution and demonstrated selflessness in seeking out ways to provide support to the community members in need.”

The recognition was for Trevor’s ongoing effort of creating and selling kitchen cutting boards as a charity fundraising project. On hand was his five-year-old sister Payten, who helps Trevor in the woodshop, and his mother Shelby Saulsberry, who said Trevor has sold over 200 cutting boards.

“It was his idea to donate the sales to people who needed help,” she said. “There were three families whose houses had burned and they dominated cutting board money to them.”

Other cutting board sales have been donated to the EMTs of the Datil Volunteer Fire Department.

“Trevor once bought ice cream for every student at Datil Elementary School during a field trip a couple of years ago,” Shelby told the commissioners. “A lot of times he comes up with on his own, where to donate. He sees people out there that really don’t have that luxury of being able to get things they want or things they need.

The boards are sold for $35, and are fashioned out of padauk, mahogany, heartwood, and other wood types.