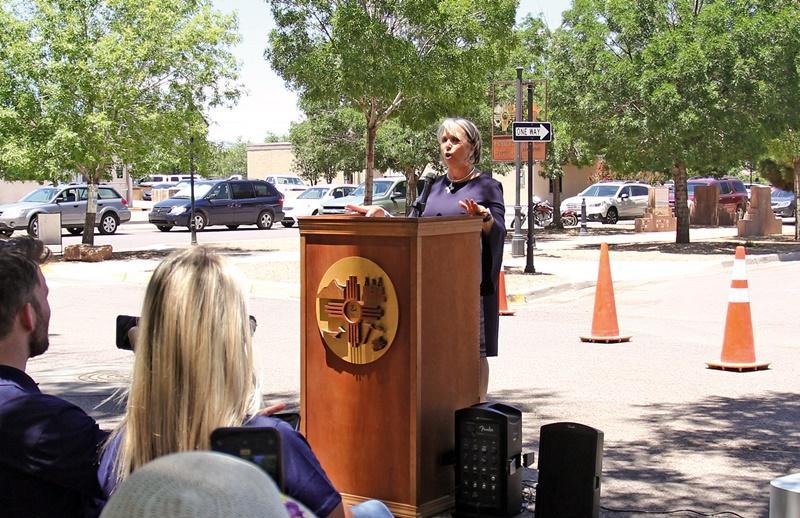 Gov. Michelle Lujan Grisham speaks last week during the announcement that Socorro will get the first electric vehicle charging station in the network of stations the state is developing.
Cathy Cook | El Defensor Chieftain photos

The first electric vehicle charging station will be placed on the north end of Socorro’s historic plaza in front of a vacant lot, an easy location for vehicles to pull up to.

The federal government is also giving the state $38 million in infrastructure funding to ensure that there are EV charging stations every 50 miles along the interstates.

Socorro was one of several cities, including Belen, Roswell and Clovis, that Grisham visited last week to announce infrastructure investments. Those investments include the charging station, a water pipeline in eastern New Mexico, park improvements in Belen and flood mitigation in Belen and Roswell. 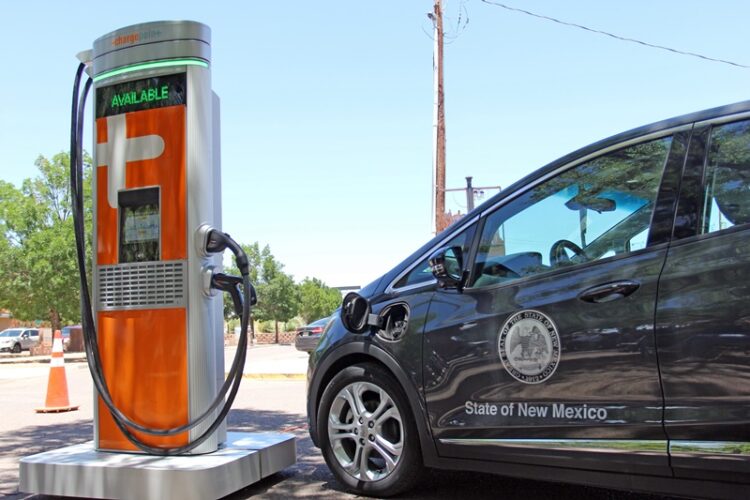 “We can’t have tourism with electric vehicles, nor can we support New Mexicans with electric vehicles, if there’s no place to get them charged,” Grisham told the crowd in Socorro’s plaza. “If we don’t place these everywhere, we’re basically saying that if that’s the vehicle you have or if you’re touring, only come to Albuquerque and Santa Fe. Well, that’s wrong.

“We want to highlight particularly, Magdalena, Pie Town, getting to Arizona. You can’t get there from here with not having enough charging stations.”

The average cost of an electric vehicle charging station is $200,000, but the station that will be placed in Socorro will cost closer to $500,000 because it took additional electric work.

The quick charging station that will be installed on the plaza takes approximately half an hour to charge a vehicle, and it will cost drivers $15 to charge, Grisham said.

“It’s going to bring people in and some of those people that come in to look at it will come back to Socorro,” said Hicks. 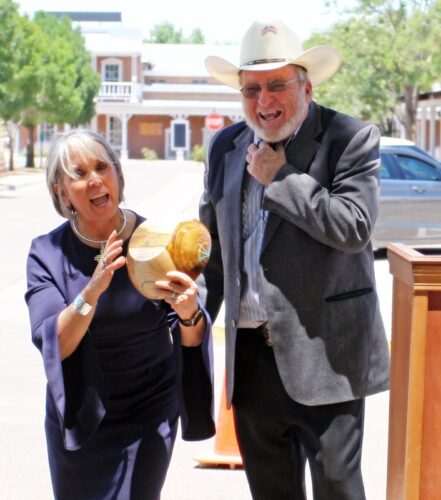 City Councilor Gordy Hicks presents Gov. Michelle Lujan Grisham with a bowl he made before she announces a new electric vehicle charging station will be placed on Socorro’s historic plaza.

The charging station will be metered by the Socorro Electric Co-op and operated by the City of Socorro, so when someone pays to use the station, those funds will eventually go back to the city.

“As we move forward and want to reduce our carbon footprint and address global warming, these are really important solutions to be able to prioritize to address those environmental concerns and be able to create a safer environment for our children,” said Sen. Siah Correa Hemphill, who attended the governor’s announcement.

Socorro is already home to two slow charging stations at the Best Western, a hotel owned by Mayor Ravi Bhasker, and 14 quick charging stations will be coming to the hotel. Eight Tesla stations and six generic stations are being installed there over the next four months.

The hotel charging stations are available to the general public, not just hotel guests.

“Our biggest concern — T or C has chargers — our biggest concern is people going east, west,” Bhasker told the Chieftain in a phone interview. “They’re going to have to put one in Quemado because you can’t make it to Phoenix in one charge.”

As more investment is placed in electric vehicles and more drivers shift to electric vehicles, new tax structures will also have to be developed, said Bhasker, because much of the funding to maintain and repair roads comes from taxes on oil and gas. 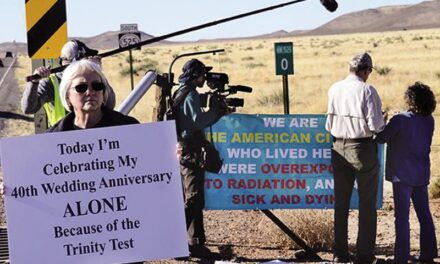