Is winter over already?

I read that the most searched word on Google over the past 12 months was “wordle,” which is not really a word, but I guess it is now. I don’t think it’s been added to the dictionary yet, but who’s to say it will or won’t by this time next year? I mean, if pickleball is now a word then who knows?

While we’re on the subject, this past year a whole raft of other words and terms – like pickleball – have gained so much popularity (I’m looking at you, social media) they’ve been added to the dictionary. Check these out:

Adorkable – socially awkward or quirky in an endearing way.

Pawternity leave – time off from work to care for a new pet.

Pogonophile – a person who likes beards.

Shrinkflation- the decrease in product size with no change in price.

Dumbphone – a cell phone that does not include stuff like a camera or internet.

MacGyver – this one was inevitable.

I’ve made a decision to start my new year on February first. January is just a trial run.

January. Really? Where is the snow?

I was looking over statistics for the state of New Mexico compared with other states, and besides the (regrettably) low ranking we have in some categories, we fare fairly well on other things. Like sunshine. Look, we have more sunny days than the self-proclaimed “Sunshine State,” where people who live there tend to gloat about the weather on Facebook. In fact, nationwide we are second only to Arizona for the highest number of clear skies and lowest humidity. So, it’s a “dry cold,” right?

If you think about it, winter brings out the statistician in everyone.

Speaking of statistics, I read somewhere that 25 percent of all Americans are superstitious about something, and if you fall into that category, tomorrow is your day of days, especially if you suffer from paraskavedekatriaphobia.

Although it hasn’t been added to the DSM-5, that’s what psychiatrists call the fear of Friday the 13th. Since Fridays are normally a TGIF kind of thing, I guess the attachment of “13” makes it the opposite. Go figure.

And for some reason, that number 13 is supposed to be bad since some airplanes don’t have a thirteenth row and some elevators don’t have a thirteenth-floor button. There was, as a matter of fact, a 1960s psychedelic band called the 13th Floor Elevators who faded into obscurity rather quickly. I can’t think of any songs by them, and they never really had a hit record, but they have a snappy name.

But that was the 60s for you, when you had groups coming up with names such as Strawberry Alarm Clock, Moby Grape, The Peanut Butter Conspiracy, The Chocolate Watchband, Ultimate Spinach and The Electric Prunes. Do you sense a food theme here?

This Friday + 13 superstition thing goes way back, but it really got going in 1907 when a fellow named Thomas Lawson wrote a novel called Friday, the Thirteenth. It had nothing to do with the string of slasher movies bearing that title, but it did become a bestseller and helped spread the fear of the unluckiest date around.

With that in mind, here are a couple of things to remember as you wake up tomorrow:

Avoid the barbershop. The superstitious say getting your hair cut on Friday the 13th will result in the death of a family member. For that matter, avoid combing your hair altogether because they say if a bird uses your fallen locks to build a nest, you might go bald.

And here’s a tricky one: Try to avoid giving birth. Case in point: Steve Buscemi was born on a Friday the 13th.

Coincidentally, tomorrow is also Blame Someone Else Day, one day out of the year you don’t have to take responsibility – or the blame – for any faux pas you may commit. I mean, just imagine all the problems, errors, and mistakes you could heap on someone else.

On second thought, be careful because while you are busy doling out the blame, someone else could very well be putting the blame on you. You know what they say, what comes around goes around.

Or as John Lennon put it: “Instant karma’s gonna get you.” 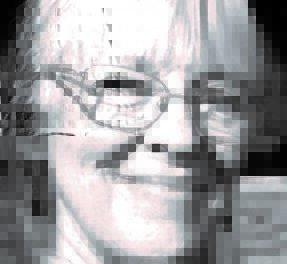 Up high and down deep

Fly me to the moon