Home » Opinion » Columns » Meet me at the movies

Meet me at the movies

Big screens, red seats, lit stairs, the smell of popcorn in the air. Movie theaters have a special kind of magic.

Much like their counterparts, the theatrical theater, the movie theater is a space where you can let go of expectation and reality. Suspend your disbelief for a few hours—yes that man really can fly and that car really did jump from one skyscraper to the next, and the couple in that romcom did have a nice neat happy ending after all their fighting and turmoil.

Whether you’re sneaking in takeout in an oversized purse or filling up on candy at the concession stand, the theater is one of those strange spaces where you can be alone together with other people. Your thoughts in your head in the quiet dark, but a shared experience of story and adventure on the silver screen.

Unlike live theater, the movie on the screen will roll on just as it would without you there. It does not require your energy in the room, your expectation and anticipation, and it does not return your energy back to you. This makes it perhaps a little less magical than live performance. But the movie theater can offer feats of polished impossibility. A boy wizard, an animated adventure, a shell with shoes on even, or a multiverse of possibilities. (Marcel the shell with shoes on will apparently be making an appearance at the Loma tonight and “Everything Everywhere All at Once” will also be running this weekend).

Now, I am a person with a smartphone and a Netflix subscription, and I have been known to watch movies on my tiny little phone screen curled up in bed. I have watched more than my fair share of YouTube videos and social media reels—those short clips of random lives, advice or humor. But all this video does not have the same magic as a carefully scripted thoughtfully edited film. A viewing on a six-by-three-inch screen will never offer the same grandeur as one that stretches across 30 or 40 feet.

Movie theaters looked like they might be on the brink of extinction only a year and a half ago. The window of time movies stay only in theaters has been shrinking for decades. Streaming makes it easy for movie studios to make brand new movies available on a home television without requiring anyone to buy a pesky DVD.  Then of course theaters had to close because being in a room packed with strangers is not the best idea during the spread of a contagious respiratory illness.

But the movie theaters have reopened and are still doing business, defying the more dire predictions of their demise.

And I for one am grateful for it. I know a good story is a good story is a good story, whatever the size of the screen you’re watching it on. But going to an actual movie theater makes a film an experience, one to be excited about and remembered. You get cute before you go, you buy the tickets, you meet your friends, eat snacks together and ideally, have some late-night diner food afterwards to dissect the film’s ups and downs. Which special effects looked cheesy? Which plot points made no sense? How moved were you by the moment where the hero failed? Someone better google who wrote that score, because it was just so good.

I’m not about to cancel my Netflix subscription, but passively accepting the play of the next episode will never have the glamor of a visit to the theater. 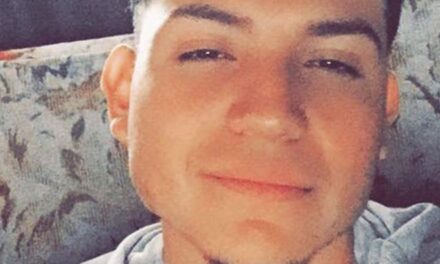 Horses, the good, the bad and the ugly