August: the Sunday of summer

It’s already the second week of August. September is practically next week. Time to pick out a Halloween costume and start your Christmas shopping.  And while I’m at it, Happy New Year everybody!

I’m just being silly, I know, but here it is August, otherwise known as the Sunday of summer, and as I mentioned last week I’m just getting around to doing my spring cleaning. Well, part of it, anyway.

I finally went through the closet and dresser drawers and started trying to cull out some old jeans and T-shirts. There’s a lot of history in those old clothes, especially the favorites.

You know, like a T-shirt you bought from a vendor at a concert, or a pair of jeans that used to be the “nice pair” that you saved to wear to church.

Those old shirts are not unlike old friends. We love our old clothes, like Donovan when he sang, “You don’t even mind if it starts to fade, that only makes it nicer still,” or Mary Chapin Carpenter singing, “This shirt is old and faded, all the color’s washed away.”

One thing’s for sure, you don’t realize how attached you get to articles of clothing until you think about giving them up and have to prioritize what you want to keep.

I’ve heard the male of the species is bad about this.

Speaking of old things, tomorrow, Aug. 12, is National Vinyl Record Day, and I’ll be observing it by flipping through my seldom-played-anymore collection of record albums. Talk about triggering memories.

The thing about vinyl records is that they’re all old, before the age of compact disks. A lot of us grew up with LPs and 45s, so certain nostalgia goes along with the whole process.

Besides the artwork on big album covers, you have the tactile thing going on; carefully putting the disc on the turntable and gently setting the needle onto the record. Very analog. You have to work on your fine motor skills to listen to the music.

The only records I own are the ones I bought in the ‘60s and ‘70s, but nowadays there are vinyl collectors who throw a lot of effort into rare records and stereo systems.

I saw a comic strip with a man talking to another about his vinyl collection. He said, “I think it’s the expense and inconvenience I find appealing.”

Anyway, and pardon me for showing my bias, but as a rule older music is better than most of what’s coming out today.

As a matter of fact, for the first time in history catalog music — the older stuff — is outselling currents. I don’t know if Hawkshaw Hawkins or Red Sovine albums are still selling, but people are buying the likes of “Thriller by Michael Jackson” and “Rumours” by Fleetwood Mac even today.

And here we get to The Beatles. Again. And again.

I guess when you get down to it; a good song that may have been recorded 30, 40 or 50 years ago is still simply, a good song.

I’m not sure any of my old records are worth much, but I don’t intend to sell them at a yard sale. They’re more like a family heirloom to be handed from generation to generation.

I was reading the most expensive vinyl record ever sold was not Ringo Starr’s personal copy of the Beatles’ White Album (Serial #0000001) which sold for $790,000. The highest price ever paid for a vinyl record was Wu-Tang Clan’s “Once Upon a Time in Shaolin.” Only one copy was ever made and it sold for $2 million.

Those old songs are not unlike a piece of art, no matter if painted 10 years ago or yesterday, it’s new and appreciated by somebody, somewhere in the world every day.

I’ll admit that things have changed since I was in school but I also remember begging my mother for a trendy madras shirt and Bass Weejuns. Maybe kids haven’t changed that much.

The trending items for school so far this year are much like that of last August; backpacks, Wrangler jeans, Fruit of the Loom T-shirts, kids’ desks, all-in-one printers, two-in-one laptop computers, snack boxes, and, oh yeah, things called pencils and three-ring binders.

According to the powers that be, today marks the official end of the dog days of summer, just in time for the first full week of school and hopefully, all the kids have their wardrobe in order.

We’re living in the age of fashion, and the kiddos want what’s trending. “Trending,” seems to be another one of those terms the internet loves to overuse. There are trending movies, trending news, trending this, and trending that.

I’d just like to know whose in charge of setting all these trends, and how can I become a trendsetter.

I don’t think my 30-year-old shirt fits that category. 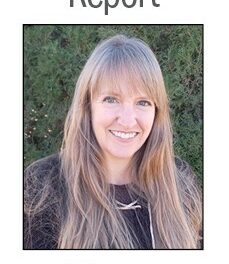 How the mentoring alliance came to be