TRINITY CHOIR to host a free concert on January 11 at the St. Paul Methodist Church. The choir is based out of Austin, Texas. Nationally recognized Associate Professor Claude Zetty will be in charge of the group as they perform at 7:30 p.m. at the United Presbyterian Church. Home base for the nationally known choir is the Skyline Campus, a hilltop campus four miles north of San Antonio, Texas.

SHS GRAD HONORED during a ceremony in Albuquerque. Socorro graduate Lorraine Sanchez was named to the Dean’s Honors List at Highland High School for 1971. Daughter of former Socorro residents Mr. and Mrs. Orlando A. Sanchez, Lorraine compiled a 3.5 average on her grades.

A MOTHER LEARNS of her son’s strange power over a pestering rodent. Beginning tonight, the ghastly “Willard” will be playing at the Loma theater. Bruce Davison stars as a disturbed young man with the power to control rodents with his mind. It is up to his mother, played by Sondra Locke, to stop him. Showtimes are 7:15 and 9:10 p.m. nightly.

SNOWFALL HAS TRAVELERS stranded as the Socorro Police Department closed down roads in and out of town. Officers were placed leading out of Socorro as of Monday morning. County and city workers were busy cleaning up the streets. Semi-trucks were stranded until 3:20 p.m. along I-25. New Mexico Tech employees were allowed to leave town after a 2 p.m. closure of the campus. The storm gave Socorro more than three inches of snow and recorded a low temperature of 22 degrees.

SOCORRO SOCCER CLUB will host its first meeting on January 9. The Socorro Electric Cooperative will be the 7 p.m. meeting place for the reorganized group. SSC has elected Blake Gerard to serve a one year term as president. Original founder from 1990, Mike Barrett will serve as vice president.

SHS GRAD Nick Chawla has won the International Graduate Student Paper Contest of ASM, the Materials Information Society. Chawla is with the Department of Engineering and Science at the University of Michigan. His winning paper was titled “Effect of Laminate Stacking Sequence on the High Frequency Fatigue Behavior of SCS-6 Fiber Reinforced S13 N4 Matrix Composites.”

VLA to be renamed. The world’s most famous telescope will become the “Karl G. Jansky Very Large Array” to honor the founder of radio astronomy and the study of the universe via radio waves naturally emitted by objects in space. The National Radio Astronomy Observatory announced the new name for the VLA during the American Astronomical Conference which took place in Austin, Texas. The new name will go into effect as of March 31.

4-H AGENT Teresa Dean will be out of a job as of June 30. The New Mexico Cooperative Extension Services has announced it will be forced to counter a budget shortfall of more than $1 million, cutting 15 positions statewide. As a result of the downsizing, Dean will lose the position that she has held for the past seven years. The 4-H program will not be eliminated altogether, but it will fall on the shoulders of Agricultural Agent Tom Dean to keep the program afloat. 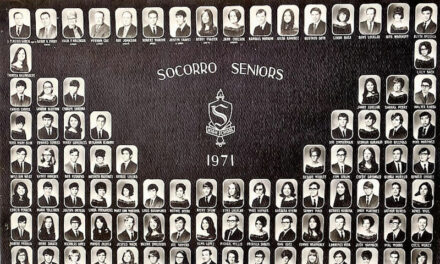 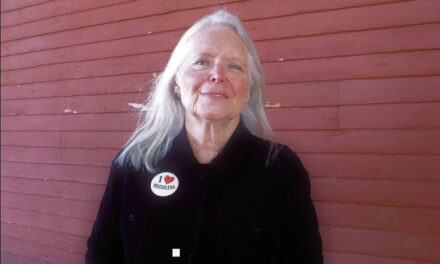 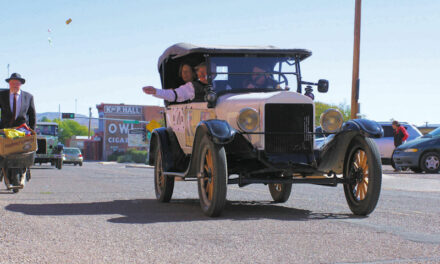 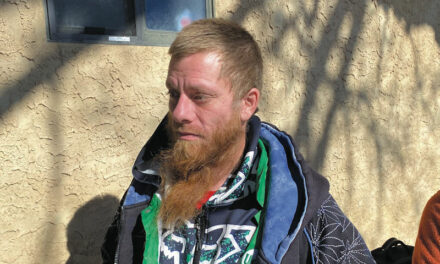