If it seems to you that time is speeding up — especially those of us passed, say, the age of mumble-mumble — let me tell you what they’re saying in conspiracy-land.  Apparently, there are a good number of souls out there who believe that time itself is passing faster than normal. I don’t know how exactly someone would know this or even if it made any difference if it was true, but I do know that it seemed like the summer whizzed by this year.

Frankly, I’m not sure if time is speeding up, but I do know it sure is catching up with me.

Consider this, if my body were a car, this is the time I would be thinking about trading it in for a newer model.

Remember when the world was supposed to come to an end on December 21, 2012? And when computers were going to freeze up and nothing would work on New Year’s Day, 2000?

Wow, has it been 21 years since Y2K? Maybe things are speeding up…

Regardless of the latest prattle coming out of the media’s rumor mill, people are prone to put trust in something that can’t be tested in a laboratory. Some people believe in feng shui, channeling dead people and reading fortunes with coffee grounds and tea leaves. I’ve had friends who believed in pyramid power, crystal power, copper bracelet power, and lo and behold, some who believed in brainpower.

I saw an ad once which said, “Are you gullible? Find out for only $1!”

And oh, how about the ugly rumor that SocorroFest and Oktoberfest are canceled again this month? Don’t get me started.

Indulge me while I reminisce. SocorroFest began in 2003 to commemorate the 50th anniversary of the 1953 Free State of Socorro movement and as I recall, part of it was to crown someone the King of Socorro.  René Steensma, I remember, was honored as such posthumously by the Chieftain’s Ken McFall at the 2005 SocorroFest. If anyone deserved it, René certainly did.

I was reminded of that first one after I saw a Facebook post by Tom Irion about the passport required to enter Socorro. In keeping alive our secession from New Mexico 68 years ago, he even added photographs of that original passport.

October was usually the month your mailbox was jammed with Christmas-shopping season catalogs, but the online sites have replaced those. We used to get big thick catalogs from JC Penney, Spiegel and Montgomery Ward, but the Sears-Roebuck catalog was the king of them all. I also used to get the J.C. Whitney catalog back in the sixties when I was trying to soup up my 1963 Corvair.

I haven’t decided yet if the demise of the Wish Book is a good thing, but I would be worried if I decide to put in an outhouse.

But then again, I occasionally find myself pondering silly things.

Like, why is pig meat called pork and cow meat called beef? Why not just a ground cow burger? Or something like pig ribs? Blame the Battle of Hastings.

Turns out it was on this day, Oct. 14 in 1066 that francophone William the Conqueror of Normandy took over as King of England after defeating Britain’s King Harold in that aforementioned battle. So, from then on English took on gobs of French words. Ergo: In French beef is “boeuf” and pig is “porc.” In the end, animals – when they are alive in the barnyard – have English names, but when prepared as food were given French names.

Things do get mixed up, and although Columbus mixed up India with the Caribbean, he proved the earth was flat by not falling off the edge. Hey, don’t laugh, some people still believe the earth is flat, and when I was three, I believed my mother’s back would break if I stepped on a crack, and on Friday the 13th something awful would befall me.

As for superstitions, I defer to the wisdom of Groucho Marx, “If a black cat crosses your path, it signifies that the animal is going somewhere.” 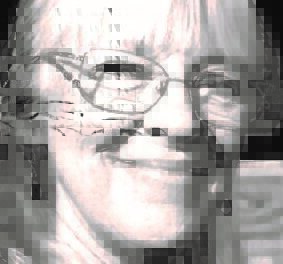 A few days at home