Home » Features » Turning sorrow into a vision of peace

Turning sorrow into a vision of peace 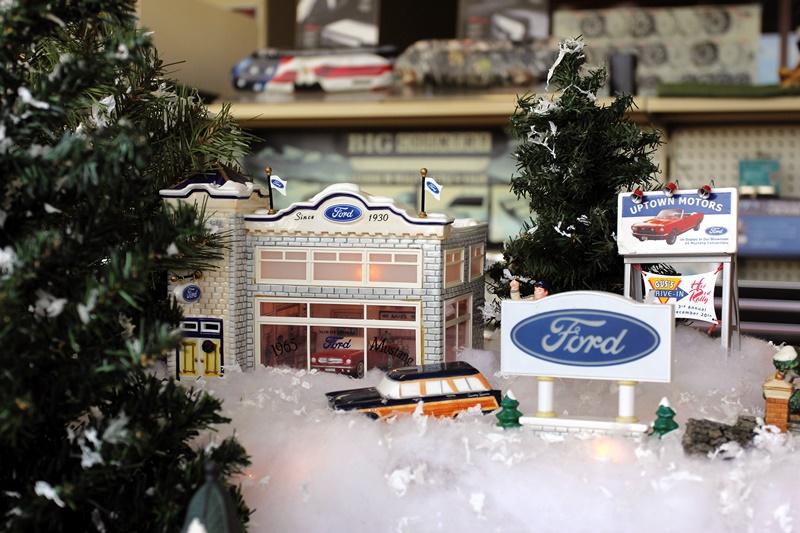 Debbie DeMoss has been collecting snowy barns, Christmas tree farms and even a miniature Ford showroom since the 1970s, but her Christmas village display went public a year after her daughter Tammy Fowler passed away in a 2004 car accident.

“She died right at Christmas,” said DeMoss. It’s hard to lose family at the holidays, but the ever-expanding miniature village is an opportunity to wish strangers a peaceful Christmas and offer peace and hope to passers-by.

The village is “what I hope to see in the world,” said DeMoss. “Just the lights, and it seemed so peaceful. It’s my vision for world peace.”

DeMoss began her collection buying two or three houses on sale each year when she was newly married with young children. Now her youngest grandchildren are part of the tradition, helping her decorate by throwing confetti-like faux-snow atop the final display. In the last few years, people who have seen the display in the window of C Bar D Trailer Sales & Service on California Street have brought her new pieces to add.

“I did it several years ago and it was freezing outside, and there was a gentleman who pulled up in an old, beat-up truck and got out and came around and took his little girl out and put her on his shoulders. He stood there for so long, and I thought, it’s worth it. If it changes one person’s Christmas, it’s worth it.”

The wintery display is organized in neighborhoods, with snowy ski country leading into a winter village with plenty of churches, followed by pieces that emulate Socorro’s Plaza—a firehouse, a Catholic Church and a gazebo—then there’s farm country and Santa’s village. There’s even a large ceramic Christmas tree DeMoss painted herself when she was 5 years old.

“I truly love it,” said DeMoss. “I love working on the detail. Every time I come in here, I could do more detail.”

The Ford showroom holds special meaning, since it emulates the building that the display is located in.

Now DeMoss and her husband lease the same building for the trailer business.

But this is likely the final year DeMoss displays the village in full.

Arranging the houses, churches, carolers and ice-fishers, ensuring every building is lit from within and finally hiding the cords beneath a blanket of ‘snow’ is a 60-hour labor of love. If the weather stays cold, she’ll keep the tiny town up until the end of January.

“I enjoy it every single day and don’t look forward to the time to take it down.” 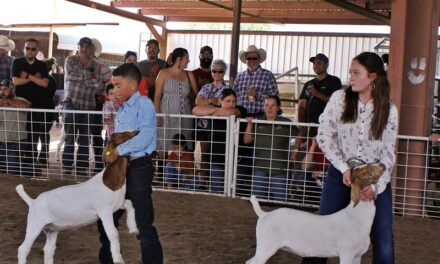 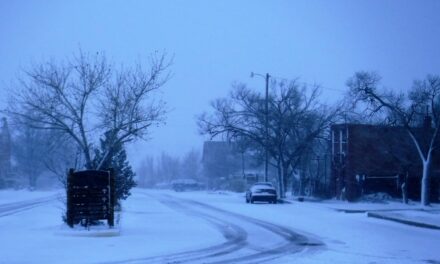 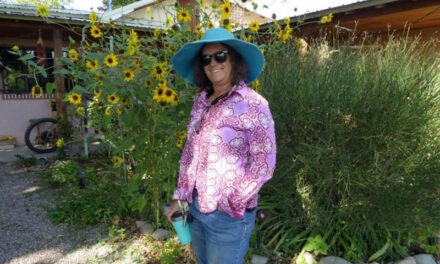