Story by Glen Rosales for El Defensor Chieftain | May 5, 2022 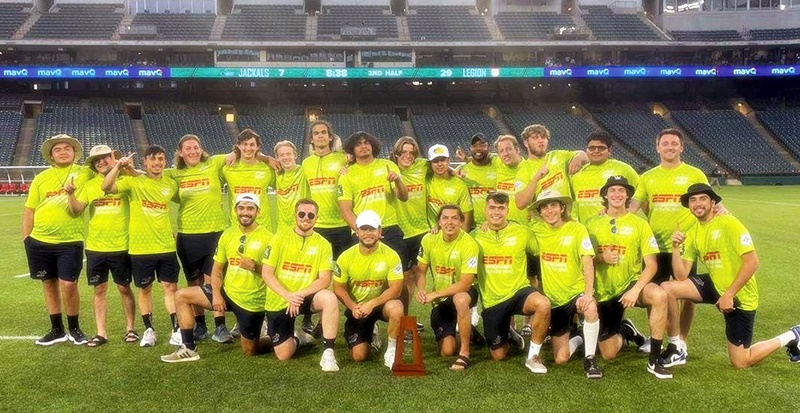 New Mexico Tech Miners men’s rugby team is a national champion after their win against Denver University this past
weekend.
Submitted photo

The Miners rugby program achieved this hallowed status this past weekend, overcoming a 12-point deficit in the waning moments against Denver University to win 38-31in the American College Rugby National Championships in Dallas.

“The guys know what needed to be done and we made a few changes to our lineouts and that confused them,” Tech coach Gearoid Dunbar said in explaining the Miners torrid comeback. “Denver started to look a little tired. I don’t think they’ve played as much as we have. And we’ve been playing a lot of 7s, which requires a lot of cardio.”

This tournament was 15s, which refers to the number of players on the field for each side. The Miners also have a 7s national tournament for the small school National Collegiate Rugby Championship coming up on Memorial Day weekend in New Orleans.

The victory should change the way New Mexico Tech is viewed around the country, Dunbar said.

“It means a lot,” he said. “We’re now a national championship team. We’re not just a small team from a small school in Socorro who just has a rugby program. We’re a very competitive program.”

And it took a thrilling comeback sparked by a change in philosophy to get it done.

On lineouts, when the ball is coming in from the side, usually teams stack five to seven players to receive the ball. But the Miners went with just three, two lifters and one who went airborne to receive the pass.

It’s a formation seen more at the 7s level, Dunbar explained, but this worked in the 15s format quite well.

“We put out forwards in an attacking line and we were able to get it straight to our big boys and they could punch it up the middle,” he said.

Dunbar credited the play of Milaan Van Wyk, who was named the tournament’s man of the match, as well as crucial contributions from Nickolas Crosato, who tore his quadriceps muscle in Friday’s 68-12 semifinal win over Texas A&M Corpus Christi but was needed on the pitch when another Miners players suffered a ruptured Achilles heel five minutes into the championship game.

“He was only going to play a few minutes if we needed him,” Dunbar said. “Nico was held together with Tylenol and tape and he went out and played the entire game.”

The game-winning play came when native New Mexican Elijah Naranjo stole the ball out of the back end of a scrum and broke free on a run that brought him within several feet of the scoring zone.

From there, Matukujani Freddie Puriza, picked up the pace and dove over the line to score the go-ahead points.

With two minutes remaining, however, it looked like Denver would be in possession to tie as it broke free with a two-on-one. But newcomer Julian Britton made a game-saving tackle, driving the man with the ball out of touch and forcing a turnover to preserve the victory.

“It shows that all the hard work has paid off,” Dunbar said. “The hours spent on the working, it was never done in vain. It’s nice to have the overall outcome to be the best possible.” 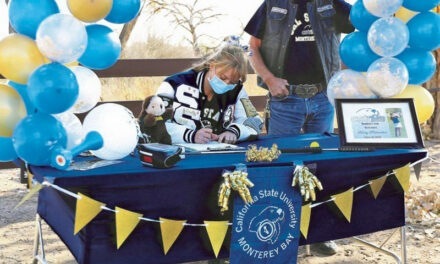 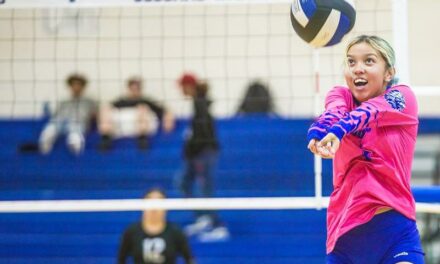 Steers volleyball escape with narrow win against the Warriors 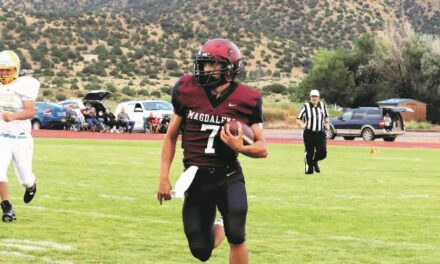 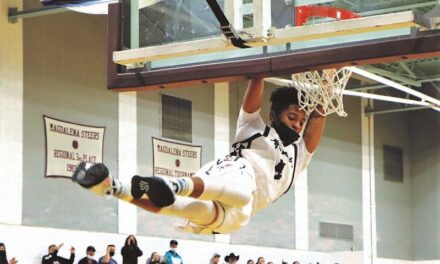