Dr. Martin Luther King Jr. Day has become one of our most important holidays as we continue to strive for racial equality, just as Dr. King did as the most admired leader of the civil rights movement of the 1950s and 1960s.

None of our nation’s civil rights have been won easily. All have required struggle and perseverance. Even creating a national holiday to honor Dr. King was an uphill campaign that took many years to achieve, with strong opposition and many setbacks.

Two black leaders, Republican Sen. Edward Brooke, of Massachusetts, and Democratic Congressman John Conyers, of Michigan, proposed the creation of a national holiday to honor Dr. King within four weeks of his senseless assassination on April 4, 1968.

Faced with persistent opposition, this bipartisan proposal failed to come up for a vote until 1979 when it fell five votes short of the number needed for passage in the U.S. House of Representatives.

Opponents justified their resistance to a Dr. Martin Luther King Jr. Day by arguing that creating another paid holiday for federal employees would be too expensive for the national government and its steadily increasing debt. Others claimed that only revered elected officials such as presidents George Washington and Abraham Lincoln deserved such an honor. Southern opponents, led by Sen. Jesse Helms, of North Carolina, claimed that King had been a communist sympathizer and had opposed the Vietnam War.

Advocates for a Martin Luther King Jr. Day recognized these arguments as blatant excuses to defame the civil rights leader and his legacy. After all, Christopher Columbus is honored with a national holiday, although he was never a U.S. public official, and the federal government spends millions on far more frivolous pork barrel legislation.

Helms’s 300-page document opposing a Martin Luther King Jr. holiday was dismissed as a “packet of filth” in a smear campaign that had begun long before Dr. King’s assassination.

Although action on the national level dragged on, several local governments saw fit to honor Dr. King over the years. In 1973, on the fifth anniversary of his death, the Albuquerque City Council created a Dr. Martin Luther King Jr. Day, as did Mayor Bill McNichols in Denver that same year. But these were local events, commemorated only occasionally.

There ought to be a law

Against anyone who takes offense

At a day in your celebration.

‘Cause we all know in our minds

That there ought to be a time

That we can set aside

To show just how much we love you …

Protesters staged a non-violent march down Washington’s Pennsylvania Avenue on the fallen leader’s birthday celebration on Jan. 15, 1981. As many as six million Americans signed a petition urging Congress to act at last. It was said to be the largest petition ever presented to lawmakers in Washington, D.C.

A bill to create a Dr. Martin Luther King Jr. Day finally came up for vote in Congress in 1983, the 15th anniversary of his death. The bill passed in the House of Representatives, 338-90. In a last-ditch effort to sink the proposal, Sen. Helms attempted a filibuster, but failed as the Senate passed the bill, 78-22. President Reagan signed the bill into law within two weeks. The nation first observed its new holiday on Jan. 20, 1986.

Most states followed suit, creating equivalent state holidays. But others resisted. While New Mexico enacted the holiday in 1987, neighboring Arizona refused until 1992 after the state lost millions of dollars in profits when the National Football League protested by canceling its Super Bowl scheduled to be played in Phoenix.

South Carolina did not create a state Dr. Martin Luther King Jr. Day until 2000, making it the last of our 50 states to do so. Adding insult to injury, South Carolina and four other Southern states — Alabama, Arkansas, Mississippi and Virginia — made a sham of the holiday by celebrating it on the same day with Confederate heroes like Gen. Robert E. Lee. In South Carolina, state employees had the annual option of taking off work on Dr. Martin Luther King Jr. Day or on one of three Confederate holidays.

Like most progress in the civil rights movement, the creation of a national holiday to honor Dr. Martin Luther King Jr. was controversial and painstakingly slow. But, like Dr. King, his supporters had a goal and, thanks to their tenacity and determination, it has finally been realized. 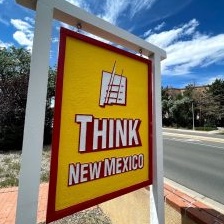 New Mexico policymakers should take the food tax off the table