A deputy was dispatched at approximately 2:30 p.m. to Vehguita Trading Post in reference to harassment where the suspect had smeared feces on the caller’s daughter-in-law’s vehicle. The officer went to the suspect’s home but his brother said he had gone to Belen after he was accused of smearing feces on the woman’s car. The family was told to have the suspect contact the deputy at the Sheriff’s office and to let him know he was not allowed back at Veguita Trading Post.

A deputy on patrol spotted a vehicle at 1:30 a.m. parked inside the old San Miguel cemetery at the top of Blue Canyon Road. The black Chevy was not running and appeared to be abandoned. On further inspection, the officer found the male suspect asleep in the driver’s seat. The suspect was awakened and asked why he was sleeping at the cemetery. Thye suspect said he had nowhere else to go. A check with NCIC showed he had a valid arrest warrant. The vehicle was towed and the suspect was arrested and transported directly to Socorro County Detention Center with no other incidents.

An officer was contacted at 9 a.m. by the maintenance supervisor for the Middle Rio Grande Conservancy about someone cutting the lock on a community ditch located on the Lemitar Ditch near Midway Road. The lock and chain could not be found. The supervisor said that it was evident that whoever removed the lock and chain irrigated farmland that did not have water rights. He said that was why the culvert was locked. The ditch rider told the officer that he texted the suspect about the cut lock and the suspect responded with the accusation that he was illegally fishing in his pond while the suspect was in jail. The officer located two sets of footprints and a set of bicycle tire tracks. The officer then went to the suspect’s home, But before the suspect could be informed of his rights, he volunteered a statement, stating that he had “gotten to the bottom of all of this,” and said that his two juvenile sons “thought it was a good idea to water the field.” The officer told him if he didn’t have anything to do with it, his sons would be charged. He claimed he had nothing to do with it and was at his home in Belen at the time.

A deputy was dispatched to Sagrada Familia de Lemitar Catholic Church in Lemitar at 1 p.m. in reference to vandalism inside the church. The south door of the church, which had been locked with a deadbolt, had been kicked in. There was a black shoe print on the door, but it was too faint to get any sort of evidence from. Inside the church, six statues and a picture frame had been destroyed and photos were taken. Officers located shoe impressions leaving the church parking lot to the southwest of the church. The officers followed the shoe tracks into an arroyo in the desert west of the church until they lost sight of the tracks. Neighbors in the area were contacted and none had seen anything suspicious. The church’s caretaker stated that they were at the church the day before at around noon and the door and everything inside the church were fine. No additional evidence was found.

A deputy was dispatched at 10:15 a.m. on a welfare check in the Lemitar area where a woman had locked herself in the bathroom because she believed her mother was going to kill her husband. It was learned from her husband that she has episodes such as this frequently because she refuses to take her medication. The deputy was able to coax her out of the bathroom, and after a short discussion, she agreed to be taken to Socorro General Hospital for a mental evaluation.

A deputy received a dispatch request at 7:30 p.m. about a stolen vehicle in La Joya. The victim said his 1993 Jeep Wrangler was stolen from his property. He stated he spoke with his neighbor when he noticed the vehicle was missing and the neighbor said the fence was down five days before. The fence on the northeast corner of the property was cut and partially run over during the theft. Old tire tracks could be seen passing through the now patched fence. The Jeep has a white body with a black soft top and black rims.

An officer was dispatched to a residence in Veguita on Highway 116 in reference to trespassing. The victim said that the male suspect was not supposed to be there and was trying to take her dog. She said he had been told previously he was not to be on the property. When he tried to take the dog the victim grabbed it from him and they both fell to the ground. Her son then came out and held the suspect until law enforcement arrived. The suspect said he thought he had permission to come and get the dog and did not know he had been trespassed from the property. He said when he went to pick the dog up the victim jumped on his back and was hitting him and they fell to the ground. The officer observed very minor scuffs and cuts on both parties. The son told the officer that at one time they were boyfriend and girlfriend and the only conflict was over this dog. The suspect agreed to leave and said he would never come back and was just sorry for the situation. He added that he didn’t even want the dog anymore since it caused problems and that she could have it.

A deputy was dispatched at 11 a.m. to a residence on Highway 116 in Bosque in reference to damage to a vehicle. Upon arrival, the reporting party told the officer that well she was away visiting her daughter in Albuquerque. She came home and noticed that her White 2002 Toyota was damaged. The officer observed some plastic on the ground that belonged to the vehicle. On closer inspection, it appeared that it was an animal that caused the damage. Bite marks were on both fenders and the front bumper looked like it had been chewed on. Wires were also pulled off the vehicle, and claw marks were on the hood of the vehicle.

An officer was patrolling on Highway 169 at approximately 8 a.m. when a white Nissan car overtook and passed the officer going between 75 and 80 mph in the 55 mph speed zone. The driver was pulled over at the 8-mile marker, and a check showed his license was revoked with an arrest clause. He was arrested and transported to the hospital for medical clearance. Then to the SCDC.

An officer was dispatched at 8:36 a.m. to a residence on Riverside Road in reference to a domestic. At the scene, the victim was upset and had what appeared to be coffee all over her white shirt. She stated that she allowed the suspect to stay the night at her house, and when he woke up on the couch in the morning he was angry and yelling at her, claiming that she stole his phone, money, and drugs out of his wallet. She told him that she did not do that and that he just needs to look for his phone because he probably dropped it. He continued to yell and she told him to leave or she was going to call the police. She had her phone in her hand and a cup of coffee in the other hand. He told her, “No you’re not going to call the police,” and he grabbed the phone out of her hand, knocking the coffee onto her. He then grabbed his belongings and left the residence with her phone. She looked in the couch that he had been sleeping on and found his phone. An assisting detective made contact with the suspect on Camino Luis Lopez. He claimed that she took his phone, went through it, and got angry because he was talking to other girls. He admitted to taking her phone and leaving with it. He was placed under arrest, transported to the Socorro General hospital for medical clearance, then to the Socorro detention center where he was booked, incarcerated, and given a copy of his criminal complaint. 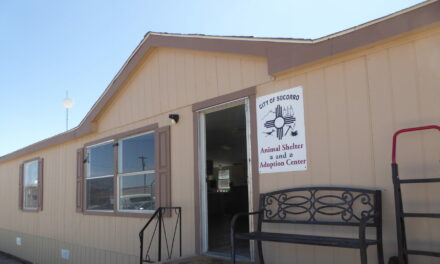 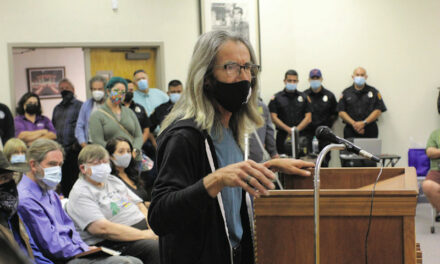 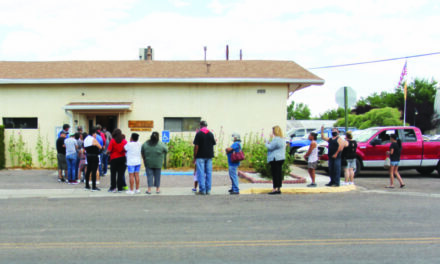