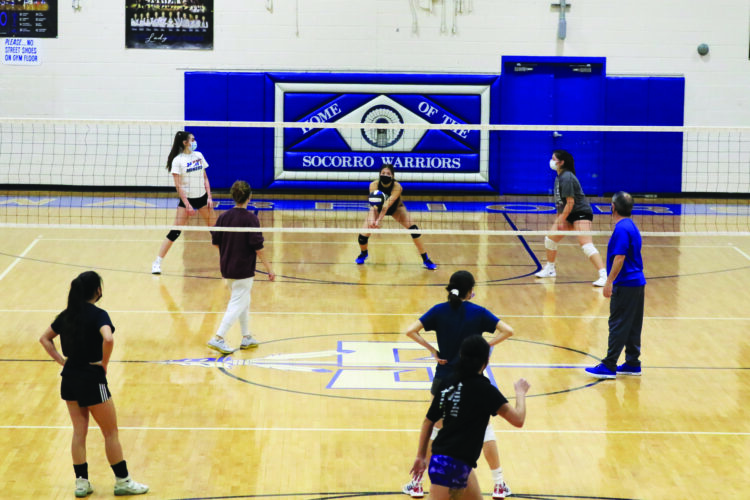 “To go from zero to 100 quick, it’s exciting because now we have a plan,” Socorro Athletic Director Alex Johnson said. “There are parameters set. We know what to expect. We have a way to move forward.”

Official practices for cross country, football and soccer start on Feb. 22 which is considered the “full practice mode.”
In order to move a full practice, a school district must be in hybrid learning.

The Socorro Consolidated School District Board of Education voted on Feb. 10 to allow Socorro High School to return to hybrid learning which began on Feb. 16. Sarracino Middle School returned to hybrid learning on Feb. 8 which was approved at the Feb. 3 meeting.

Throughout the week prior to full practices starting, coaches have to collect a physical and pre-participation form from each student-athlete to ensure that they are competing legally.

Coaches also have to finish the district’s safe school training along with any licensure and certification that is needed.

Starting on the first day of full practices, the coaches will be included in the 25 percent surveillance testing rules of the school district.

While teams will no longer have to practice in pods starting on Feb. 22, if a student-athlete has an athletic period during the academic day, school rules have to be followed which means no more than 50 percent capacity. Once the academic day is over, students and coaches can resume being with the full team.

Even though teams will no longer be in pods, they are still required to wear a mask and be socially distant whenever possible. 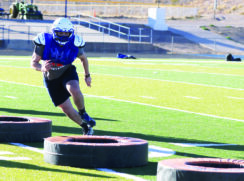 According to Johnson, student-athletes and coaches need to be socially distant when “ not engaging in the normal “goings-on” of practice or competition and at any point where it does not interfere with competition phases of practice.”

Socorro High will continue with the temperature checks and screening questions prior to practice, which is not required from the Public Education Department. The logs are to be kept by the coaches in case the Department of Health, PED or school district asks for them.

Johnson said he suggested to the coaches to format practices into groups such as JV, varsity, C team, and by positions so that if a COVID-19 case does occur, only that group would have to isolate due to the close contact rules. Close contact means anyone who was within six feet of someone with COVID-19 for a cumulative total of 15 minutes or more within a 24 hour period starting two days before the person developed symptoms or two days prior to being tested until that person was isolated.

According to Johnson, if a whole team was practicing together and there was a COVID-19 case, the whole team would have to isolate for 14 days instead of just the group the player was in.

In preparing for competitions to start, the NMAA has allowed for the use of locker rooms, but only in pods of five. The same five student-athletes have to stay in a pod for a week and then the pods can be changed the following week. According to Johnson, the athletes will be very spread out in the locker rooms.

When it is game time, the student-athletes will be as spread out as possible and Johnson is currently working on a plan for spreading out the volleyball athletes in the gym.

“I have a plan to spread out our volleyball players — if you’re watching the NBA games, like how they are spread out behind the bleachers,” he said. “That will be in place as well.”

All surfaces will be wiped down before and after practices and competitions along with whenever possible.

While Johnson is working on ways to keep the student-athletes safe, he said he knows more guidelines will come up as the season progresses.

“You can plan for everything, but there is always something you forget,” he said. “So taking it as it comes so adding what we need to and subtracting if it’s not necessary. I have a feeling that we won’t be doing nearly as much subtracting as adding.”

Johnson is currently preparing the schedules for the fall season and said that all the athletic directors were instructed by the NMAA to base it off the schedules they originally did when sports were planned to start in October.

Johnson said he is reaching out to all of those schools to see who will be competing and then filling in the gaps as needed with schools that are within their region.

According to the NMAA, teams are not allowed to have any overnight hotel stays. The team must go to the competition and return the same day.

Johnson said he will have to find teams to replace Santa Fe Indian School and Laguna Acoma as they are not competing this year.

While athletics are about to start, Johnson said it is crucial that the student-athletes make good choices to make sure the season happens without a hitch.

“We aren’t trying to invade their personal lives, but this year, more than any other, there is definitely that element of sacrifice for the greater good and making sure you are making good choices,” he said. “Don’t be going to big gatherings. Don’t be going to big parties. When you get done with your practice, go straight home. Enjoy your family time and do your homework. It’s going to be a collective effort.” 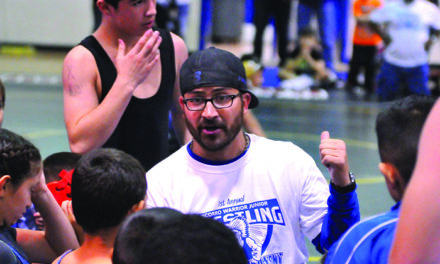 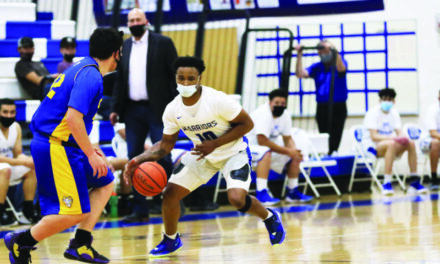 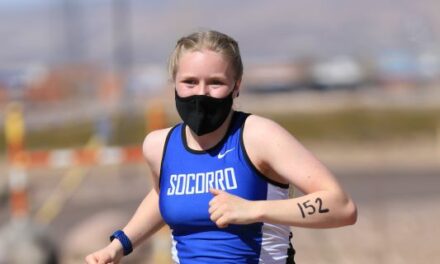 Fire Weather
May 7, 2021, 5:09 pm
Come as close as possible to the heart of your community.
Subscribe Today!