A Talented Teens Visual Arts Exhibition was conducted at Magdalena Municipal Schools last Thursday. The creative efforts of the middle and high school artists were displayed in the Fine Arts Center. The competition was designed to allow students to express their emotions, imagination, and creativity through visual arts and to showcase their talents. 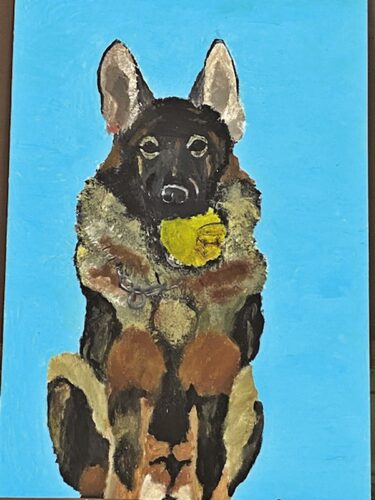 Participation was limited to students over 12. The rules stated the students could enter one original piece and that the work was created in 2021 or 2022. Each participant was asked to submit an entry form that included the title and a description of the media used to create their entry. A total of 19 works were on display.

Three judges that live in Magdalena volunteered their time to come and evaluate the pieces. These were Fritz Kapraun, a watercolor artist, and illustrator of note; Judy Richardson, an acclaimed sculptor and recipient of the Pollack Krasner Foundation Grant (2013); and Holly Hagy, former owner of a successful marketing and advertising company and Magdalena’s school nurse. Artwork was ranked according to Creativity and Originality, Design and Composition, Technique/Skill of Construction, and Presentation. The prize monies were provided by the Friends of the Magdalena Public Library.

Three winners were chosen by the judges. First place went to EJ Lucero for his painting entitled “Flynne.” Daniel Apachito earned second place with his jewelry piece entitled “Silver Pendant.” Third place was given to Morgan Whitney for her untitled portrait drawing of a young woman. Lucero’s painting also was voted fan-favorite award by those who viewed the exhibition. In addition to the receipt of cash prizes and ribbons, the winning artists will have their work on display at the Magdalena Library at a later date.

Cricket Courtney, Special to the Chieftain 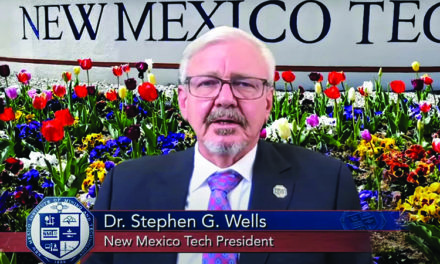 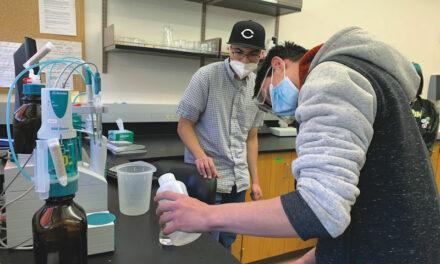