Deweese reflects on her faith 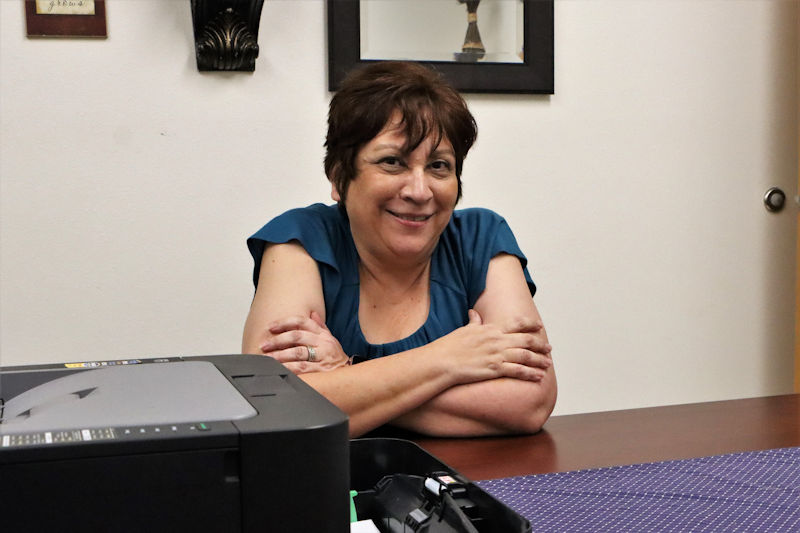 Paula Deweese is the Administrative Assistant in the accounting department at Parkview Elementary. For 12 years Paula has been working for the Socorro Consolidated Schools. She sat down with El Defensor Chieftain to further expand on her journey.

Have you always worked at Parkview?

No. Previously I worked at Zimmerly Elementary. I was the secretary there before that school was closed. Fortunately, Parkview was able to bring several of us along.

How did your career lead you here?

I’ve mostly been a secretary in Socorro. Working in accounts payable in some form. Before that, I started off as the Rite of Christian Initiation of Adults at the Sacred Heart Cathedral in Gallup, NM. I would mostly guide people during the process of coming into the catholic faith.

Why did you leave there?

My husband Brian and I lived in Gallup for over 30 years. My father Sam Padilla fell ill due to cancer which is why we returned to Socorro before he passed. And so now here we are.

Is Socorro your home?

That’s a tough question. Yes. I was born in Socorro but I was not raised here as a child. Gallup is where I grew up as my dad worked for the Santa Fe Railroad. He was a jack of all trades for them.

When you came back to your birthplace, how did you get involved with Socorro Consolidated Schools?

I needed a job. I applied and initially started off in the technology department for Socorro schools before getting the job at Zimmerly.

How did you transfer from Zimmerly to now Parkview?

They closed down Zimmerly which made me very sad. It still makes me sad. It was a great community. But hey, things change. Getting use to the larger group of students here was tough at first. It was roughly double the number of students here.

What is your favorite and least favorite part about working at this school?

Outside of work, what do you do for enjoyment?

Being with my granddaughters. My husband and I have one daughter Briana Vargas. She lives in Albuquerque with her husband Antonio. I have two granddaughters. Megyan Vargas is a sophomore at Lamar Community College in Colorado on a full softball scholarship. My other granddaughter Jay is a senior at Sandia high school and is currently enrolled in a nursing program. They are my world and I try to spoil them as much as possible. I tell my daughter, you give the girls what they need. Nana gives them what they want.

Has your religious upbringing and previous work translated to the next two generations of your family?

Yes. My daughter grew up in the church and works in the church now, doing the same thing her mother did. My family raised me as a devout Catholic. My husband originally was not Catholic, he was raised Presbyterian, before converting for us to be together. Also, my daughter’s husband converted. It has just become a way of life for all of us.

As somebody involved in working with adults in the past weighing the options of converting to Catholicism, what was your advice when speaking with them?

Any religion is a process. It’s not something that you do overnight. Catholicism is one of the oldest religions in the world and there is so much history surrounding it. There are so many aspects to the Church that are deeply rooted in tradition.

At this point in your life, how do you feel about your place in the world when you wake up in the morning?

My husband and I both still work. We take care of my mom at home. We don’t have to do the heavy lifting of raising a child anymore. Everything is low-key. All that matters is taking care of the grandkids. I would say everything is all good.

That’s tough. I don’t watch a lot of movies because I need to go to a true theater in order to enjoy it. I’ll go with “A Star is Born”. Both the old one with Barbara Streisand and the new one with Bradley Cooper. That story is one of those that I grew up with.

If you won the lottery, what would you do with that money?

Spend it on my granddaughters. Make sure that they had everything they need. Take the whole family on trips. Go back to Ohio where my husband is from. See a Cincinnati Bengals football game and go back East which I love. Just enjoy time with them.

If you could go back in time and tell your younger self one thing, what would that be?

Things are not always the way that you see them. Things are not as bad as you think when you are young. Life does get better and the struggles become easier as you get older. They never go away, but age gives you a way of coping with the bad stuff.

If there was one thing you could change about Socorro County, what would that be?

The drug problem. We have a high rate of poverty and drug use. I tell my mom things I see and I just wish the old times came back. The old way of doing things like hanging out at the Plaza together. It’s too bad Socorro just isn’t the same. 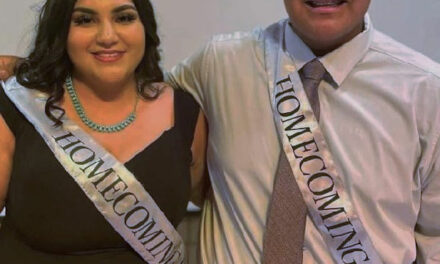