All members of Socorro Electric Cooperative – that is, everyone who gets an electric bill – are encouraged to attend its annual meeting this Saturday, April 23, at Macey Center on the New Mexico Tech campus.

Registration is from 1-3 p.m. The business meeting, which will include the election of one board trustee starts at 3 p.m. The race for the District 1 position is between incumbent Paul Bustamante and Ward McCartney

For District 4, Dave Wade of San Antonio will be seated by acclamation as he is the only eligible candidate who filed. 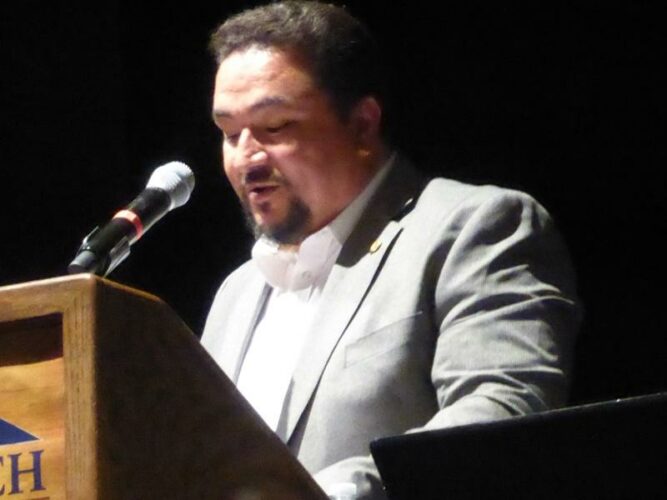 As for District 5, incumbent Anne Dorough of Pie Town elected not to run again and no other members filed for the three-year term.

Three percent of the membership is necessary for a quorum.

All members will be able to vote on each race, regardless of district.

“This members meeting is for the members to hear reports on the status of their electric cooperative and give them the opportunity to ask questions of leadership,” General Manager Joseph Herrera says. “Most importantly it allows the members to exercise their democratic right to select the trustee to be seated immediately following the annual meeting.”

He said it was crucial to have a registered quorum of members by the start of the 3 p.m. meeting, “otherwise the mail-in and polling ballots do not count, as per state statute of the rural electric cooperative act.”