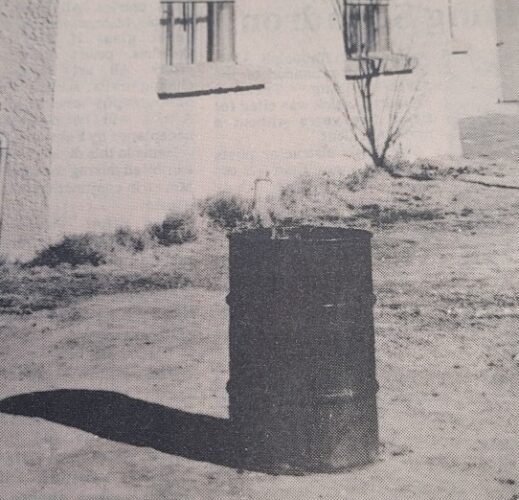 CITY OFFICIALS said all garbage cans are not meeting specification so the new ordinance would receive warning stickers informing owners that their can was not in compliance with the ordinance. City crews are tagging the cans which are in violation, and it is assumed this one will have a sticker on it soon. Although it is of legal size, it is in violation because of weight. It’s in front of city hall.

WILLIAM COX AND BEVERLY BANGERTER are among 525 students who collected degree requirements during the fall semester at New Mexico State University in Las Cruces. Cox received his Bachelor of Science Degree in Agriculture and Beverly received a Bachelor of Science Degree in Education. The fall graduates will be recognized during commencement exercises at NMSU on May 12, 1973.

THE “FC CHAOS,” a team of five Socorro soccer players, leaves Thursday for a national soccer championship in Orlando, Fla. Seniors Hank Barrett and Nick Smallridge and sophomores Brian Moore, Ben Sramek and Craig Winton will play in the U-19 division of the 3-vs-3 Soccer Shootout National Finals after qualifying last season. If the Socorro team takes one of the top four places, they’ll automatically qualify for next year’s championship finals. All five Socorro High School students also made the 5AAA All-District soccer team in 1997. 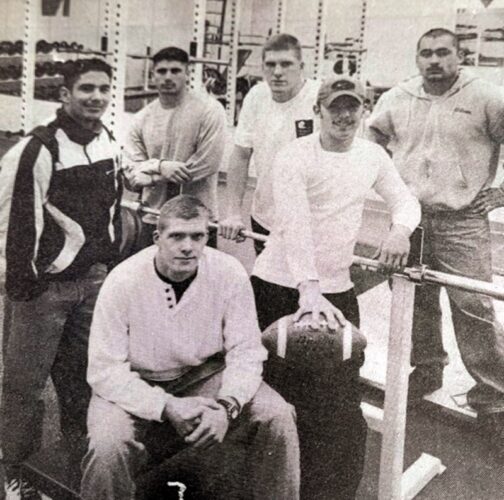 POST-SEASON HONORS continue to come in for Socorro High School football players. Terry and Todd Rother, Damien and Simon Ocampo, Josh Barela and Lenny Baldonado all were chosen to the AAA All State team, and all the players, minus the younger Ocampo, will be playing in the annual North-South football game July 31 at the University of New Mexico Stadium. Socorro’s own Al Ocampo will coach the north team.

THE FIRST WOMAN to earn the All-Around Recruit Award at the New Mexico State Police training academy just came to work serving the Socorro area. Capt. Adrian Armijo said Patrolwoman Veronica Saenz started work in District 11 on Jan. 5, but her first day in uniform was Wednesday. Saenz graduated on Dec. 21, 2012, with the 84th NMSP training academy class, which began in July 2012 with 42 recruits. Armijo explained the All-Around Recruit Award is presented to the recruit who performs best in all areas of training at the academy-firearms training, driving, command presence and everything else academy training covers. He said the training staff, who closely monitor the recruits from day one at the academy, choose the best All Around Recruit.

SOCORRO NATIVE and music producer Jeff Bhasker continues to amaze audiences with his musical talents. Throughout the years, he has produced the works of hip-hop artists such as Jay-Z and Kanye West, and R&B singers Alicia Keys, Beyonce and the group FUN. For the upcoming Grammys, Bhasker is nominated for four awards: Record of the Year and Album of the Year for “Some Nights” by FUN; Song of the Year for “We Are Young,” on the album “Some Nights”; and producer of the year, non-Classical. Bhasker already has two Grammys under his belt.  Bhasker graduated from Socorro High School in 1993 and attended the Berklee College of Music. 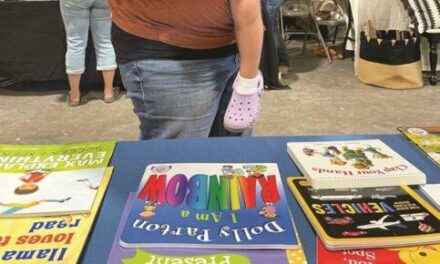