A woman reported to a police officer at 1 p.m. that she had been threatened and battered by the male suspect. She said when he picked her up from work four days ago, he was agitated over another male being in the office where she was working. She said he confronted her, telling her the other male wanted to have sex with her. The two were in the Walmart parking lot speaking with their daughter, when the suspect continued to verbally abuse the victim, calling her names. The victim said she was seated in the passenger seat with the door open when the suspect walked over to the passenger side and threw the keys to the vehicle at her face, but she put her arm up just in time and blocked the keys. The daughter stood in between to separate them and the suspect left. The victim said she returned home to Lemitar, but continued to receive threatening messages from him throughout the night. He then showed up in his underwear and threw a BBQ grill into a window and left. On this date, the suspect was texting and calling, still making threats, and asking for some of his belongings. The victim gathered his belongings from the home and brought them to him at a local hotel, where the suspect was apologizing for his behavior. When the victim told him to remove all of his belongings, he became angry and told her he was going to get a TV and throw it on her car. When the suspect went upstairs to his hotel room she left the parking lot. The victim said she was then notified by her employer that the suspect came to the office and threw the belongings in the parking lot and was yelling and cursing. The officer was shown a message the suspect sent the victim, with clothes in a parking lot. The message read, “the war is on.” The officer obtained an arrest warrant for the suspect and he was located in another motel and arrested. The suspect argued he did not hurt the victim and had left the home to stay at a hotel.

Officers were called at 3:10 p.m. to the vacant Sands Motel where the fire department was extinguishing a fire. A witness told officers a suspect was seen leaving and was down the street. The suspect was identified and was known to frequent the vacant hotel. The suspect was questioned days later and denied any involvement in the fire.

An officer contacted the suspect at Red Roof Inn at 5 p.m. due to a valid arrest warrant. The suspect was placed under arrest and processed at the Socorro Police Department and was later booked into the SCDC.

Officers on patrol caught sight of a suspect urinating in view of the public behind a building in the 100 block of Manzanares. As the officers were contacting the suspect, the suspect still had his privates out and urinating. The suspect was cited into court and told to leave the area.

Officers checking the vacant Sands Motel located a small baggie with pills in a vacant room. The pills were seized for destruction. Two subjects were located in another room and trespassed from the property.

An officer on patrol at 8:29 p.m. pulled over the suspect at California and Bullock for an equipment violation. During the traffic stop, the officer noticed a handgun on the center console and asked for the handgun to be removed for safety. The driver agreed and as the handgun was being turned over the officer then observed drug paraphernalia in the vehicle and asked for consent to search the vehicle. Consent was given and the officer had the passenger exit the vehicle. The officer completed a search of the vehicle and located a pill bottle with methamphetamine in the bottle. The passenger claimed ownership and admitted the substance was methamphetamine. As the officer was checking the firearm he noted there was no serial number as it had been removed. The officer contacted an on-call ADA and staffed the case. The officer was advised to seize the handgun and release the driver. The passenger was arrested and taken to the police department. The officer field-tested the narcotics and received a positive for methamphetamine. The suspect was processed and booked SCDC.

A victim on Mt. Carmel reported at 9:59 p.m. of being gone from the home for a short time, and upon returning noticing the home was broken into and items were thrown around. The victim said medical records and bank records were taken from a drawer. The victim was advised to close their bank account and monitor their credit. At this time there are no suspects.

A caller reported at 8:30 a.m. that someone turned off the main power switch to the Chevron station on S. California overnight. No items were damaged at the gas station, and the officer was advised the same thing happened at the Arby’s next door. The officer met with the manager of the restaurant who said $90 worth of roast beef was ruined. A crew from Socorro Electric Cooperative arrived at the scene to check the main breaker box and it was determined the breakers were turned off overnight. The officer advised both business managers to try and secure the panels with a lock or chain to prevent someone from tampering with the electric boxes.

did not know who the male was. The value of the property taken was $2,000 and the victim provided a list of stolen items to an assisting officer. The officer was advised that the suspect named by the victim has been in jail since February 27, 2021.

A caller reported at 7:06 a.m. that he found a door open to a vacant home in the 400 block of N. Sixth Street. The caller said no one lives in the home and the owners live in Albuquerque. The officer checked the home and did not locate anyone in the home. The suspects are not known at this time.

An officer was called at 9:17 a.m. to the Probation and Parole Office for someone with an arrest warrant. The officer confirmed the warrant and placed the suspect under arrest. The suspect was taken to the police department for processing and later booked into the SCDC. 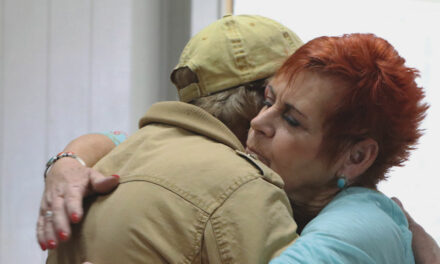 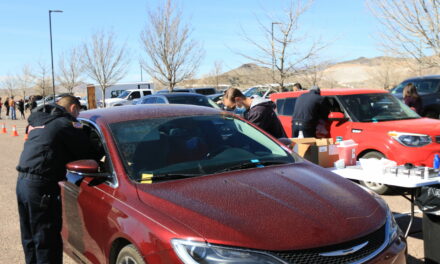 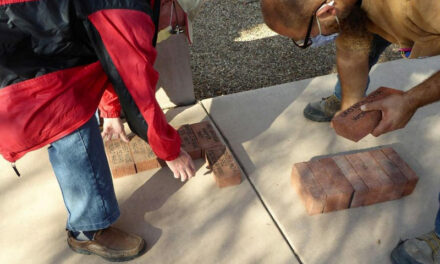 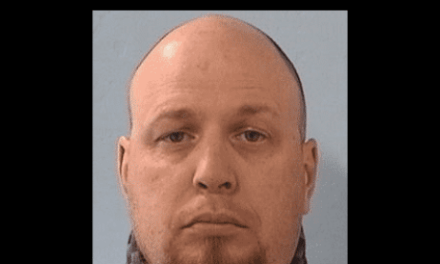