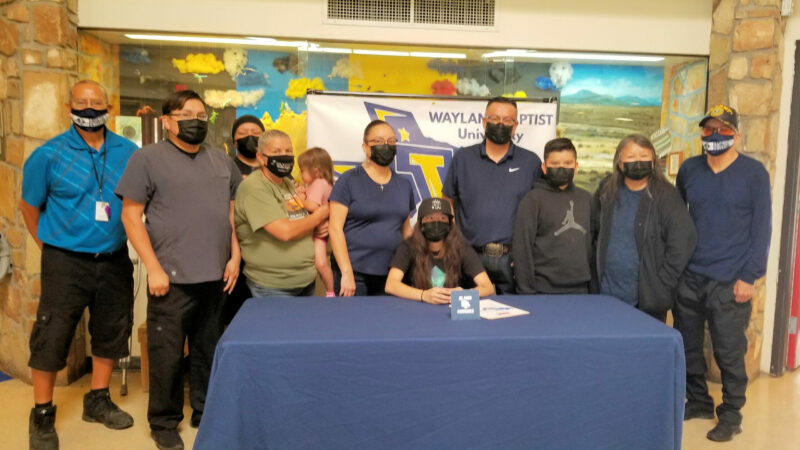 Tarah Apachito made history last Wednesday when she signed her letter of intent to play basketball for Wayland Baptist University.

Apachito is the first player from Alamo Navajo Community School to sign a national letter of intent to play basketball in college.

“It feels crazy, but it’s a blessing honestly,” she said. “To be the first person from my community to actually do this means a lot because that’s all we get to do is play basketball on the reservation. There is really not much out there. We pretty much just compete with each other.”

Growing up, Apachito would play pick-up games or knockout with the boys on the reservation at the wellness center. She said the games were very competitive.

Apachito started playing basketball around the age of five and said it was always a dream of hers to play in college. Once she was in high school though, Apachito wasn’t sure if she was going to achieve that dream because she didn’t know if she wanted to continue her schooling.

“It was a really hard process for me because I didn’t know what I wanted until it was coming to an end,” she said.

Once her senior basketball season was almost over, Apachito decided she wanted to play in college and began the recruiting process.

Wayland Baptist University stood out to her because of their coach, the players already on the team and that the team’s main goal is winning a national championship. 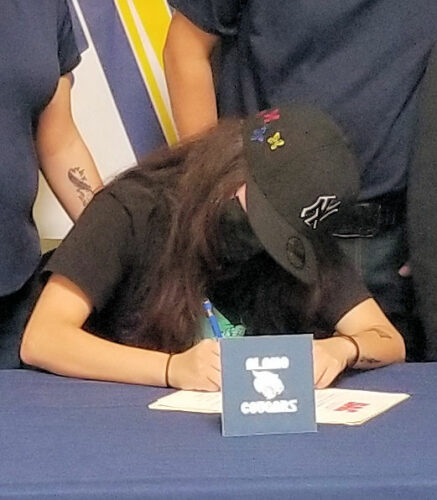 “The coaches here, they are amazing,” she said. “They treat everyone with respect. It’s just like a family.”

For Apachito, she wanted to attend a college outside of New Mexico because she feels that people “don’t really get a chance to go out of state.”

“I thought and prayed about it every single night to make sure if I wanted to do this,” she said. “God gave me to come here and do something great.”

Apachito will be receiving a $4,000 scholarship to play for Wayland and is already in Texas bonding with her new team.

They had a team dinner together last Thursday and have done other team bonding activities.

Now that Apachito has made history, she is hoping that other people from the reservation follow in her footsteps and try to sign to play a sport in college.

“Everybody is so happy for me,” she said. “They are happy that I made history. Hopefully this encourages people from Alamo and every other reservation out there that there is life out of the reservation and if you want to do it, it takes encouragement and dedication to get to where you want to be.”

She also played for the New Mexico Clippers, New Mexico Select and other AAU teams.

Freddie Martinez, one of Apachito’s former coaches, encouraged her to play in college and helped her with the recruiting process. He knew the coach at Wayland and reached out for Apachito. Apachito then submitted her highlight tapes.

“It’s exciting because to have an opportunity to play at a good level is so unbelievable,” she said. 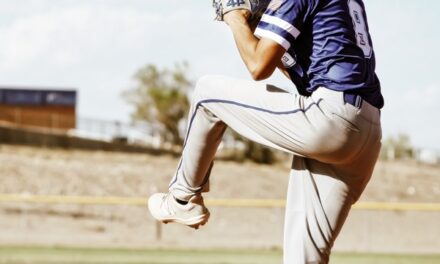 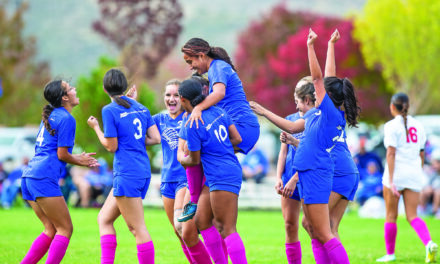 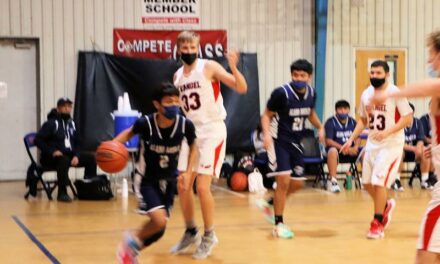 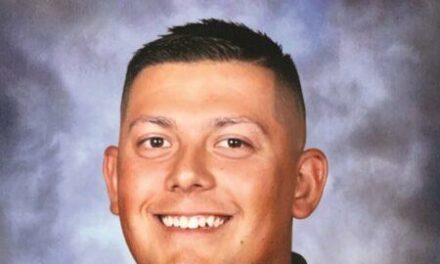