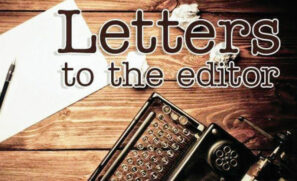 As published in the January 21st issue of the El Defensor Chieftain, there will be an election for two positions on the Socorro Electric Cooperative’s Board of Trustees this spring. This article mentioned a February 1 deadline to submit paperwork to run for one of these positions.

Of note, neither the December 2020 or January 2021 issue of the Co-op Corner, the SEC publication which is supposed to keep members informed of significant events concerning the SEC, made any mention of the fact that two trustee positions are up for election. The January 2021 issue did include a “Spotlight on TEAM SEC – Your Board Trustee, Your Neighbor” focusing on one of the two trustees whose term is expiring though which only stated, “he is also completing his third term on the SEC Board.”

In addition, when I checked the website for the SEC there was no mention of two positions expiring this year and open for replacements. In my opinion, this raises the question whether the SEC either does not consider that the management of the SEC is of concern to members or that the SEC doesn’t want the membership to actually be involved in selecting Trustees to govern the SEC.

While the deadline will have passed by the time this letter is published, I would strongly encourage all members of the SEC to participate in this election and vote for ANY candidate who managed to submit an application for those positions other than the two incumbents. I believe the two incumbents have clearly shown during their tenure on the Board that their priorities for the SEC are financial as opposed to supervising the General Manager and ensuring that he is implementing SEC policies. Hopefully, new Trustees will place as much emphasis on the actual management of the SEC as its financials.

As an example of the focus of the current board on financials, I would refer Co-op members to the Recommended Decision which was filed by the Public Regulation Commission on August 15, 2019, after a hearing on the proposed rate increase submitted by the SEC in December 2018.

The decision is 119 pages and a complete summary is not possible in a Letter to the Editor. However, in “C. SEC’s Application” it states “SEC General Manager Joseph Herrera said that SEC’s financial integrity and service to its customers would not be jeopardized without the proposed revenue increase.”

It further includes the following: “SEC’s proposed revenue requirement achieves the following Board objectives: 1. Grow equity as a percentage of assets toward a 40% goal, with the result of funding plant additions averaging $3,713,835 annually over the next five years with 37.73% equity or $1,401,230 cash annually; 2. Maintain SEC’s cash/liquidity position as of the end of the 2017 test year at approximately $3.8 million; 3. Fund capital credit retirements to SEC members of about $688,000 annually.”

Based upon the SEC statements to the PRC, there is no indication that the SEC does not have the financial wherewithal to properly manage the utility, to include compliance with all safety measures and its own policies and procedures.