An officer was called at 11:47 a.m. to the 200 block of Mt. Carmel to take a report from a female. The victim stated she used to live at the residence but recently moved out. She said when she returned this morning she noticed the backyard messy with contents from inside her shed. The victim stated she was not the owner of the items in the shed but wanted to document the incident.

An officer was called at 3:43 p.m. to Sarracino Middle School in reference to a student having brass knuckles. The reporting person stated brass knuckles, quarters, marijuana, and tobacco were located in a bag that belonged to a student. The student had been in the office where the staff noticed an odor of marijuana. The student returned to class but the student left a bag in the office and the staff continued to smell marijuana. The student was brought back into the office and asked about the items located in the bag. The student denied having marijuana and tobacco in the bag. The officer took possession of the marijuana and the brass knuckles and made contact with the student’s mother, informing her a report on the incident would be forwarded to JPPO.

An officer was called at 8:03 a.m. to Walmart in reference to narcotics being found. The reporting person stated he was informed by an employee of a metal tin being found that contained narcotics. The officer collected the tin containing narcotics which were field-tested positive for methamphetamines and heroin. The narcotics were placed into evidence.

Officers were called at 9:50 p.m. to the 1100 block of Chaparral in reference to a domestic. The victim stated she was home in bed when the suspect came home intoxicated and began striking her in the face. She said the suspect then left the area prior to the officers arriving. The suspect was located, arrested, and transported to SCDC where he was booked on the charge of Domestic Violence-Battery.

A female came to the Socorro Police Department to speak with an officer about her grandson. She stated her grandson had been staying with her but he has been causing problems, adding that he had an active warrant for his arrest. Officer confirmed the warrant and went to the residence where he located the male. He was arrested and was transported to SCDC and booked on his warrant.

An officer was called at 12:31 p.m. to the Socorro Police Department to meet with a male wanting to make a report on damage to property. The victim stated he was driving when he noticed a vehicle with multiple males hanging out of the window holding what appeared to be beer bottles. He said when the vehicle got closer one of the males threw a bottle which made a small dent on his vehicle.

Officers were called at 8:47 a.m. to Middle Road in reference to a child with no adults around. The reporting person stated she was driving when she noticed a child playing at a park by herself. The officer met with the juvenile and was able to identify her from previous encounters. She was transported to her residence and the officer met with her mother, who stated she had the door to the residence locked but her daughter found the keys and got out. The officer released the juvenile to her mother.

An officer was dispatched at 3:09 p.m. to Cottonwood Valley Charter School for a truck that drove over a tension line. Officer did not see any damage to the line. The co-op arrived and said no damage was done to the line.

Officers were called at 5:18 p.m. to West Baca Street where a male was bleeding from an injury. The officers arrived and met with the victim who had a cut to his head. A female suspect parked at the end of the road and walked up, saying she caused the injury. The suspect had a strong odor of an alcoholic beverage on her person, slurred speech, and bloodshot eyes. The officer had the suspect perform field sobriety tests. She was charged with DWI and Aggravated Battery with a deadly weapon.

A victim in the 700 block of Memory Lane reported at 4:09 p.m. that someone forced entry into a garage by breaking a window. The victim stated he was missing several items but would need a few days to complete the inventory. The officer received a message from the victim, which said a neighbor had returned several items that were taken to the neighbor’s home by a male who was staying with the neighbor. The items were taken from the victim’s garage. The officer was informed of the suspect’s name and that the suspect has not returned to the neighbor’s home because of the police being there. The suspect has not been located.

An officer met with a male at Socorro Police Department who said his girlfriend had taken his wallet and had not given it back. The male wanted to pursue charges against his girlfriend and told the officer where the girlfriend could be staying. She was charged with Larceny.

An officer conducted a traffic stop on Park Street at 3:14 p.m. and made contact with the driver, who could not produce a driver’s license. A check with NCIC showed he had a suspended/revoked driver’s license with arrest pursuant. He was asked to step out of the vehicle, and as he was stepping out of the car the officer noticed he had a syringe containing a clear liquid fall from between his legs onto the seat. The suspect was handcuffed and secured in the back of the patrol vehicle. A passenger of the vehicle was released from the traffic stop, as the vehicle was going to be towed. A tow inventory was conducted which turned up, besides the syringe on the driver’s seat, a black bag with a bunch of syringes, a blue glass pipe with a white crystal-like substance, and a Camel Snus tin containing a white crystal-like substance. The clear liquid and white crystal-like substances all tested positive for methamphetamine. After all proper paperwork was completed he was transported to Socorro County Detention Center where he was booked on his charges along with citations.

An officer answered a call in the 500 block of Spring Street for a suspect who was on the property. The officer ran the male through NCIC and he had a valid warrant for his arrest. He was arrested and later booked into the SCDC on the warrant.

An officer was dispatched to Holiday Inn Express where a vehicle hit a pole. The vehicle drove across the street and the officer initiated a traffic stop. The driver tried to flee but was blocked in by another officer. The female driver showed signs of intoxication and was removed from the vehicle. She refused to perform any field sobriety tests and was taken to Socorro Police Department where she also refused to give a breath sample. She was incarcerated at Socorro County Detention Center.

An officer was dispatched to Puerto Seguro for larceny. The officer met with the victim who said his bike and two chainsaws were taken. The officer was given the name of a possible suspect in the case. The stolen property was valued at $1,000. The suspect was not located at time of report.

An officer was dispatched to Socorro General Hospital to take a report from a female who said she had been struck with a bat several times. The female told the officer she was not allowed to leave by her boyfriend. But he let her leave the residence to seek medical attention. The officer did see signs of being struck. The suspect was charged with False Imprisonment and Aggravated Battery with a deadly weapon.

An officer was dispatched at 11:45 a.m. to a residence in the 400 block of Park Street for a door that was pushed open. The officer met with the home manager who stated she is going to rekey the residence.

An officer stopped a vehicle at 11:22 pm. for a traffic infraction on California Street. The female driver was given a citation. A short time later the officer noticed the same vehicle driving over the lane of travel. The officer stopped the vehicle again and met with the female, who showed signs of intoxication. She was given field sobriety tests and after probable cause was determined she was arrested. At Socorro Police Department she refused to be tested and was transported to Socorro General Hospital where she refused a blood draw. She also refused to be seen by a doctor. She was incarcerated at Socorro County Detention Center.

An officer patrolling on Spring Street at 4:04 a.m.was stopped by a male who said he lost his keys. The officer checked around the area but was unable to locate the man’s keys.

An officer was called to a residence in the 100 block of J.O. Gallegos Road for a male wanting to make a report. The victim stated he received a threatening text message from his girlfriend, the suspect. He stated she took items belonging to him from the residence. He also stated he wanted to press charges against her.

An officer was dispatched at 7:42 p.m. to the Dollar Tree store for a shoplifting. The female suspect was found with items in her purse she did not pay for. She was trespassed from the business.

An officer was dispatched at 4:26 a.m. to Walmart where suspected drug paraphernalia was found. The officer arrived and was given a foil with burn marks on it. The item was discarded.

An officer was called to a residence in the 200 block of Tamarack in reference to a juvenile being pushed. At the home, the reporting person stated a juvenile was pushed and the guardian was contacted. Once the guardian arrived the officer interviewed the juvenile. The juvenile stated a male drove up to him and pushed him. The guardian said there have been problems between the victim and the suspect’s child while at school. Officer attempted to meet with the suspect at his residence but was unable to locate him.

An officer was dispatched at 1:52 a.m. to Red Roof Inn on a report of an unresponsive baby. On arrival the officer found the mother giving CPR to a baby. The officer was given the unresponsive baby and started performing baby compressions until EMTs arrived. The baby was transported to Socorro General Hospital where the infant was pronounced deceased. The officer interviewed everyone who was in the motel. The mother stated she was sleeping next to the child and woke with the baby not breathing. The officer was advised by the physician the mother could have rolled over the child while sleeping. 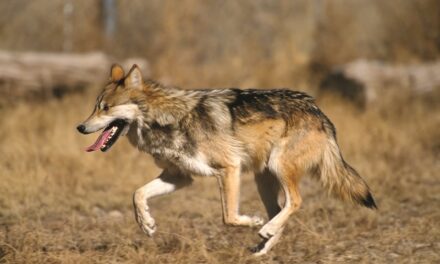 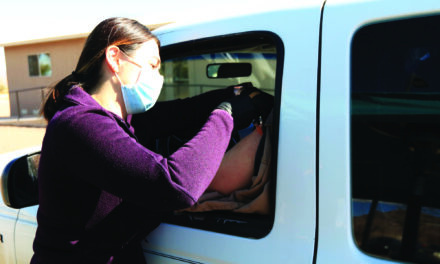 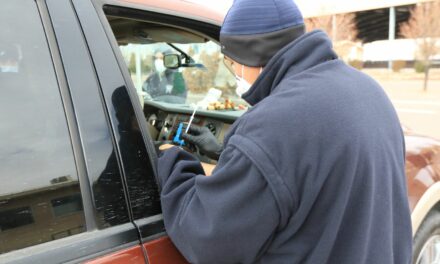