Irrigation water deliveries will start as early as March 21 for most Socorro County farmers of the Middle Rio Grande Conservancy District. This comes as a welcome sign for county growers, especially following last year’s one-month delay and one-month early shut-off.

At its January meeting last week, the MRGCD board voted to adopt the plan recommended last fall by former CEO and chief engineer Mike Hamman.

Hamman had designed the plan so that the adapted 2022 season could help keep more water in the river and also meet local irrigation demand, without the need for a month-long delay that farmers saw last spring.

The plan involves staggered weekly kick-offs for the rest of the district north of Socorro. For instance, water deliveries in the Belen division could start as early as March 28 – one week after Socorro – under the approved plan.

Deliveries would expand to the Albuquerque and Cochiti divisions in April as the river gets a boost from spring runoff.

“Albuquerque area irrigators could begin watering crops on April 4 if water supplies permit, with Cochiti division farmers following within the next week,” said Jason Casuga, MRGCD’s acting CEO and chief engineer. “We’re focusing on winter wheat. We’re trying to figure out new seed in the ground, and really targeting those places that need that early shot of water.

“The first part will be similar in part in the 2021 season, as we are looking at startup we are committing not to diverting more than half of what’s in the river at that time,” Casuga said. “And we’re committed to continuing to do that through the spring run-off period. And for as long as the water can make it to Elephant Butte, to ensure that we’re doing our part to make deliveries for the (Rio Grande) Compact.” 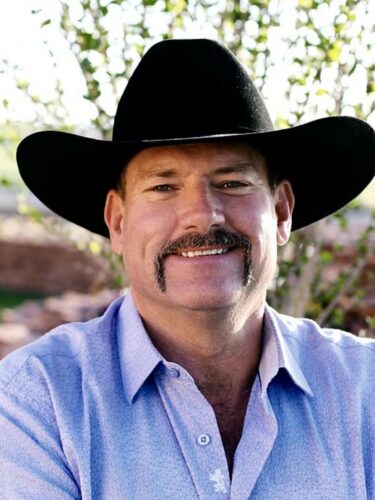 Socorro farmer and MRGCD board member Glen Duggins says so far, so good.

“You know the conservancy is almost 200 miles from south to north, so Socorro down here in the south, we need the water sooner,” he said. “Our season’s a little longer than Cochiti.”

Duggins points out that Socorro’s water will flow through Valencia County’s canals first.

“They’re actually going to run water through Valencia County in the canals for us to start in Socorro on March 21,” he said. “It’s more efficient. The river loses a lot.”

But the irrigation season will still be three weeks behind the traditional start date.

“They’re trying to get to the point where they give the water to the farmer based on the needs of the crops. So, wheat and oats and chile rows, they’re going to get the water first,” Duggins said. “Established alfalfa will start after that. And this is very different from last year. Last year they started on the head of the ditch and it didn’t make a difference on what your crop was.”

To get a better idea of what farmers will be needing next month the MRGCD has posted a survey on its website.

A link to the survey can be found on MRGCD’s home page, mrgcd.com.

“We learned a lot last year. I believe we’re getting better,” he said. “We still don’t have that much water, but there’s no storage going on anywhere.”

That’s because an important dam upriver is currently out of commission and unable to be used for water storage.

“The El Vado Dam is in ditch repair. Undergoing reconstruction, remodeling,” Duggins said. “They say by 2024 they should be able to start storing a little bit as progress is made on the dam. Store what they can. But it won’t be completed until 2026.”

“The target to start deliveries for priority crops would be – because of the size of Socorro, they can be up and running – on or around March 21. And then coming back and being able to deliver to the first round of priority in the Belen division on or around March 28,” Casuga said. “One of the significant amounts of feedback that we got from last year was our start-up plan. We recognize that the Belen division is by far one of the most difficult to get up and running because of just the sheer size.”

He said the district will be looking at getting into more normal rotations by the second to third week in April.

“This is dependent on what’s in the river,” Casuga said. “We are committed to delivering no more than 50 percent.”

Duggins says he’s committed to “continue like we always do, and we’ll get through, I’ll bet you. But I think it’s going to be OK.”

The next board meeting is scheduled for Monday, Feb.14 in the MRGCD Board Room.

Created in 1925, the Middle Rio Grande Conservancy District, headquartered in Albuquerque, offers irrigation, flood control, and responsible water conservation services to irrigators and farmers in the middle agricultural region of the state, from Cochiti Dam to Bosque del Apache. One of the responsibilities of the MRGCD is insuring each farmer receives his or her allotted water. 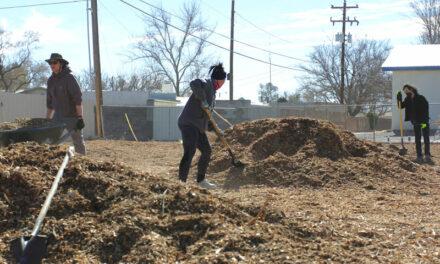 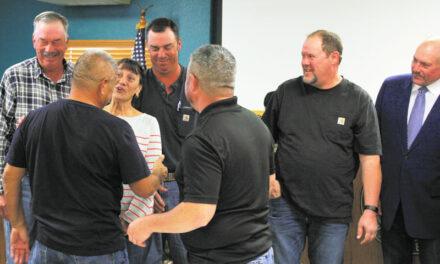